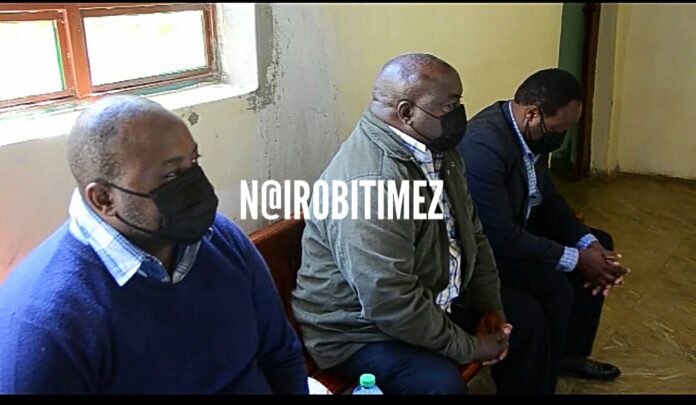 Three senior employees of Kenya Power and Lighting Company have been charged with sabotage over a power outage that hit the country on January 11.

The charges against the trio stated that three willfully and unlawfully, with intent to sabotage, failed to maintain and reinforce the Dandora-Embakasi High Voltage power lines.

The said power lines supply of electricity, a failure that led to the collapse of Tower number 11, 12, 13 and 14 located at Imara Daima area in Embakasi South within Nairobi.

The accused persons are alleged to have committed the offence on diverse dates between November 29, 2021 and January 11, 2022, jointly with others not before court.

It is alleged that on the same and place, being employees of KPLC, willfully neglected to attend the High Voltage Transmission Power towers and lines, which had been vandalized, a duty they were dutifully bound to perform as per their job description.

The officials appeared before Kahawa Chief Magistrate Diana Mochache and denied charges. The court ordered them to deposit cash bail of Sh1 million or bond Sh2 million with two sureties each, to secure their release.