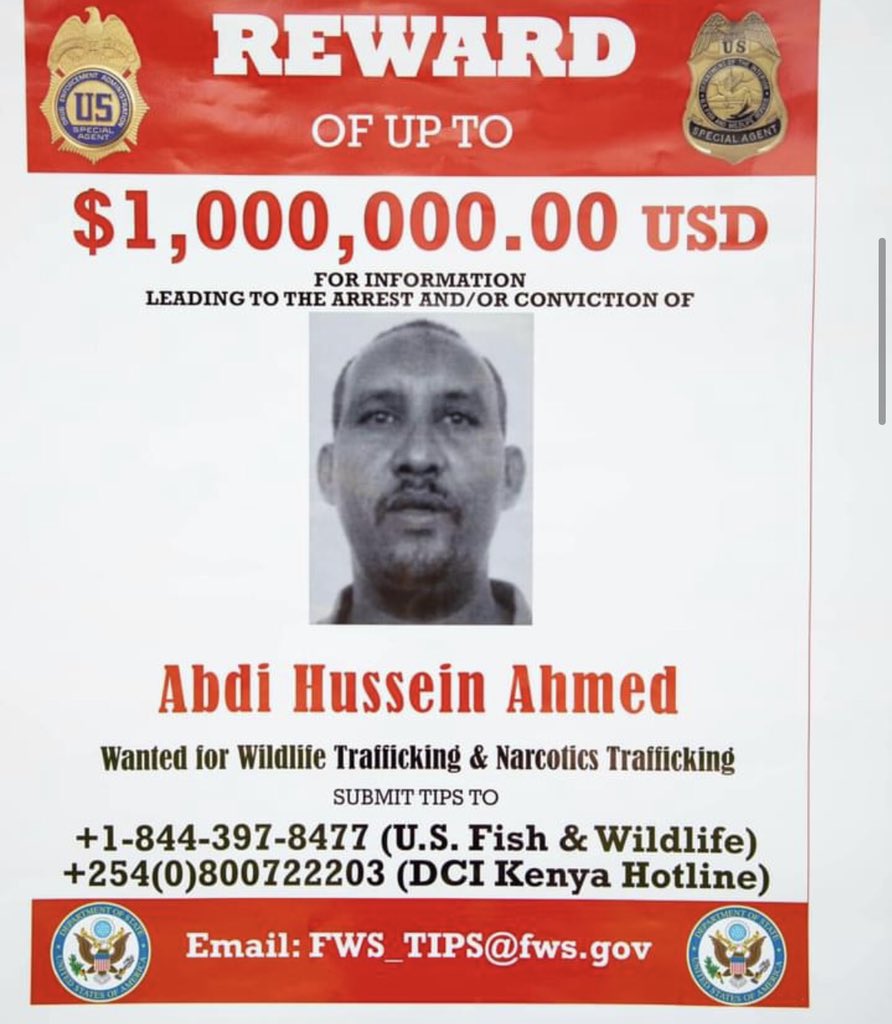 A Kenyan wanted in the US over wildlife and drug trafficking will be extradited following a directive of a Nairobi court.

Abdi Hussein Ahmed will be taken to the US to face charges following an application by the Director of Public Prosecution Noordin Haji after his arrest early this month.

Nairobi Court Chief magistrate Roseline Oganyo issued an extradition order after Haji said the US authorities sought the surrender of the fugitive.

“I hereby issue order for extradition and surrender of the respondent Abdi Hussein Ahmed a.k.a “Abu Khadi” from the republic of Kenya to the United States of America,” ordered the magistrate.

Haji through Senior Assistant DPP Catherine Mwaniki told the court that the request from US was made long ago but the suspect has been on the run.

Mwaniki, who is on transfer to head the office of DPP in Nyanza Region, told the court that Ahmed was arrested in an early morning raid in Maua, Meru County, where he was staying in a rented room.

“His accomplice Badru Abdul Aziz Saleh was in May this year arrested as he tried to flee to Somalia and was brought to Nairobi before he was extradited to the USA,”said Mwaniki.

Ahmed and Aziz are accused of being part of an international organised criminal network that trafficked wildlife and sought to traffic illicit drugs to the United States.

They are accused of conspiring to smuggle at least 190 kilograms of rhino horns and 10 tonnes of ivory.

It is said that the rhino horns and ivory were valued at $7 million (Sh800m).

The US government indicated in the request that the two are major violators of US narcotics and wildlife trafficking laws and are wanted for their alleged involvement in an international organized criminal network that trafficked wildlife from Africa and sought to traffic illicit drugs to the United States.

The US request says that eradicating drug and wildlife trafficking are priorities of the Biden Administration, they are happy for the continued partnership of the Kenya Government to capture and arrest members of these criminal networks.”

“On JS.une 14, 2019, the United States Southern District Court of New York indicted the three individuals. Interpol issued a red notice with respect to the said suspects, Sahul Mansur Mohamed and Ahmed Abdi Hussein, while a warrant of arrest was issued in respect to Saleh Badul,” Kinoti said.

He was part of an “international conspiracy” responsible for the slaughter of more than 100 elephants and dozens of rhinos, federal prosecutors in New York said.

It allegedly amounts to an estimated $7.4m amassed over seven years.