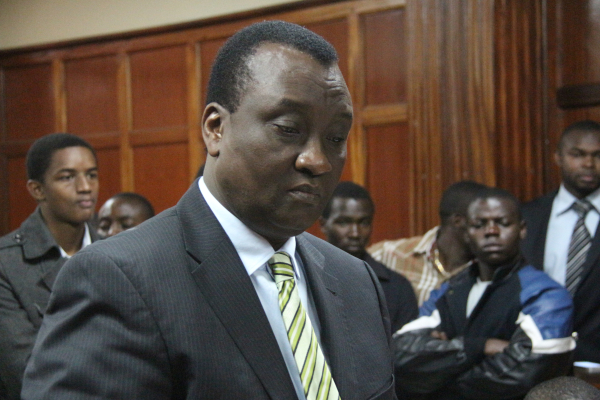 International athlete Joseph Kibunja has sued a pharmaceutical products provider and its distributor for using his image to promote the muscle pain relief spray “Deep Heat” on social media platforms.

Kibunja, the acclaimed guide for blind marathoner Henry Wanyoike, has cried foul over what he claims is commercial exploitation by Rohto Mentholatum (K) Ltd and its distributorship agent, Harleys Ltd, and is demanding adequate compensation.

The professional athlete, who has independently participated in more than 20 marathon competitions around the world since 2003, has protested that the advertisements have been carried by the two firms without his express permission since 2013. He is captured in the “Deep Heat East Africa” page running alongside Wanyoike in one of the previous events.

Kibunja, through Gitobu Imanyara and Company Advocates, is seeking an injunction to restrain the two firms and their agents from using the advertisement to promote their products through social media platforms. He says he has worked hard to develop his reputation and a deep-seated proprietary interest in his name and image.

“Kibunja has not been remunerated in any form by the defendants for the usage of his image on the various advertising media, being billboards, Facebook, promotional calendars, sponsorship events and fliers. The two firms continue to profit from the usage of his image without any benefit to him whatsoever,” the law firm stated in its pleadings lodged in the High Court.

The aggrieved sportsman is likely to suffer irreparable damage since all efforts to settle the matter amicably have been fruitless. He said he had offered himself as a volunteer with the Henry Wanyoike Foundation owing to their long-standing working relationship but he was compelled to resign on January 16 when he started demanding for remuneration.

“It is my humble deposition that my involvement with the Henry Wanyoike Foundation did not in any way waive my right and proprietary interest in the image I have worked so hard to develop over the years. I am entitled to benefit whenever anyone uses my image for their own commercial gain,” Kibunja has explained in his sworn statement.