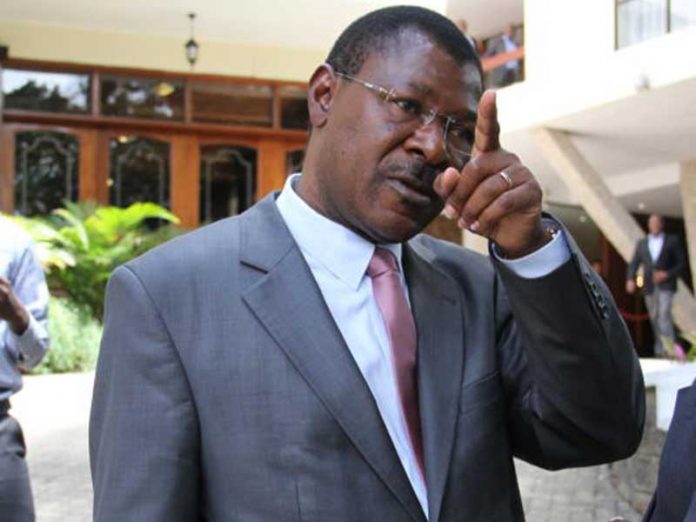 This is after the High Court issued an order suspending the implementation of a Gazette notice of June 8, 2020, seeking to change party officials.

Justice James Makau restrained the Registrar of Political Parties Ann Nderitu or any of her agents from implementing the said Gazette Notice pending hearing and determination of the case.

In the order, the court restrained Nderintu from acknowledging ,sanctioning or transacting the business of Ford-Kenya with suspended secretary General David Simiyu or Wafula Wamunyinyi, who was installed as party chairman by one of the factions.

Following the ruling, Justice Makau directed Wetangula to serve the Registrar, Simiyu and Wamunyinyi in the next two days.

“Pending hearing and determination of the application, a conservatory order be issued restraining the registrar of political parties by themselves, their agents, servants, employees or any other person whatsoever from acting upon any of their representives made by the public arising from the registrar Gazette Notice number 3893 of June 8,2020,” urged Ford-Kenya.

The court heard that Wamunyinyi and Simiyu illegally and unlawfully held meeting on May 31, 2020 purporting to be the party’s meeting and adopted some resolution, which they sent to the Registrar.

The party wants to permanently stop the Registrar from adopting the resolutions, which has been termed as illegal.