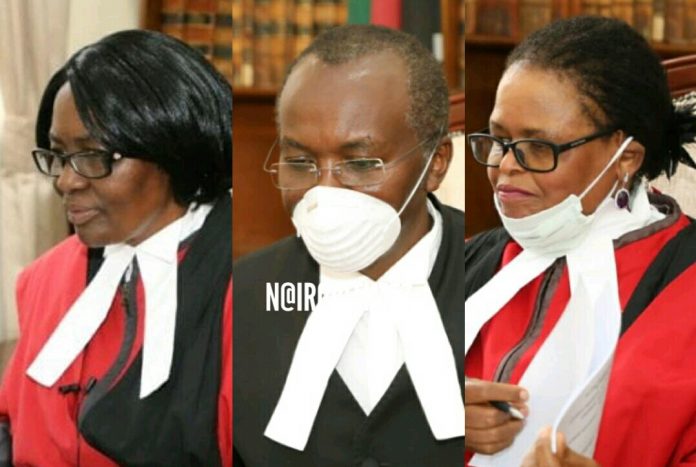 The Court of Appeal has overturned a 2008 decision which barred the government from investigating Anglo Leasing type contracts, in which taxpayers lost billions to ghost firms.

While reversing the decision issued by Justice Joseph Nyamu in 2008, the Appellate court said the judge made far reaching findings against government, which were not supported by cogent evidence.

“Accordingly, we allow it and set aside the orders granted in the impugned judgment dated 10th July, 2008 and all the consequential orders thereto and substitute therefor an order dismissing the petition with costs to the appellant”, Court ruled.

In the decision, Justice Nyamu barred the Ministry of Finance from hiring audit firm PricewaterhouseCoopers, from investigating whether the government got value for money in the 18-Anglo Leasing security related contracts.

PwC carried an audit in regard to procurement of a supplies contract entered by the government and Midland Finance & Securities Ltd and Globetel Inc. But two UK firms rushed to court fearing that the report might be used against them.

The companies were contracted to install a nationwide Dedicated Digital Multi-Channel Security Systems Telecommunication Network for the Administration Police and the provincial administration.

The Judge had blocked any investigations on the strength of a legal opinion by then Attorney General Amos Wako, who said all pre-contract authorisations had been obtained and that the contract was lawful.

The Ministry of Finance wanted PwC to establish whether there had been pricing, finance and other irregularities in the said contract and whether there was market value for goods and services delivered.

Justice Nyamu agreed with the firms and prohibited the government from investigating the contracts or using any information obtained from the probe.

Ethics and Anti-Corruption Commission appealed against the decision saying it was necessary for the government to verify the value of security related goods, works and services relating to the Anglo-leasing contracts. The anti-graft body added that the ministry had a right and a public duty to verify whether there was value for the money.

The Judges said there were no criminal charges preferred against the two companies and their case as far as the alleged criminal investigation by PwC was concerned, was based on fear of what was going to happen or likely to happen.

“To us, this is like seeking an opinion and until that opinion is given and acted on, it was too early to conclude, as the Judge did, that the appellant ceded its authority to a private entity,” the Judges said.