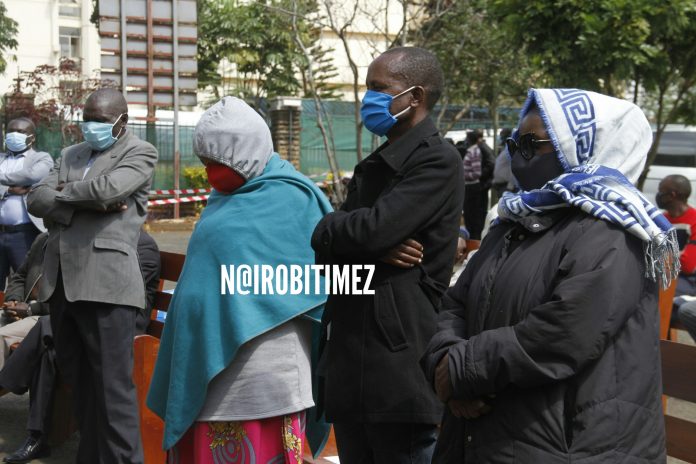 Four employees of Nairobi county government have been charged before a Milimani law courts with three corruption charges.

The four are accused that on April 11,2019 at Mathenge gardens off lower kabete road in Nairobi county being a person employed by Nairobi County Government as research assistant and private persons respectively and jointly conspired to commit an offence of corruption by requesting a bribe of Sh 100,000 from Khilan Bhikhalal Shah failure to which they would forbear charge him for operating business without a permit.

Prosecution accused the four that on April same date being person employed by the Nairobi county government as research assistant and private persons requested for financial advantage of Sh 60,000 from the said businessman.

Korir alone is also accused of receiving financial advantage of Sh 60,000 from Khilan Bhikhalal Shah failure to which they charge him for operating business without permit.

They are also charged with falsely presented yourselves to be persons employed with Nairobi County government and assumed to be inspecting business permit.

Milimani Anti-Corruption Chief Magistrate Lawrence Mugambi ordered the four to be released on a bond of Sh 200,000 and cash bail of Sh100,000 each pending hearing and determination of the graft case against them.