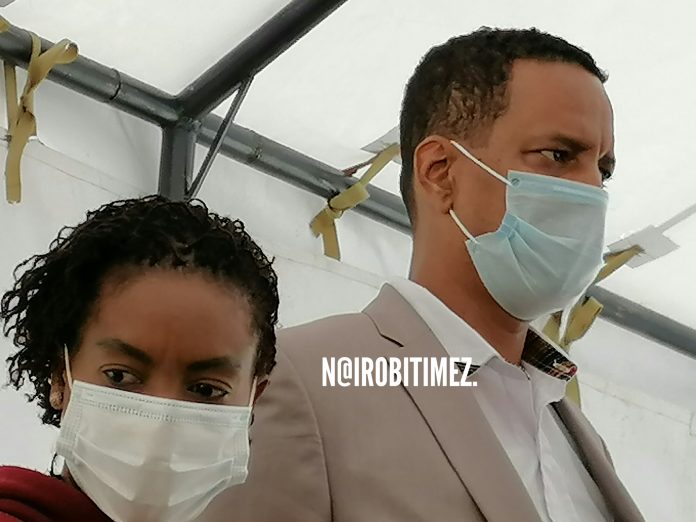 Politician Steve Mbogo’s sister and her husband facing Sh 18.5 million fraud charges have written to the Director of Public Prosecution (DPP) Noordin Haji seeking review of the criminal file against them.

In the letter dated July 28,2020 seen by Nairobi Timez the couple Jennifer Mukonyo Mbogo and Nathan Loyd Ndung’u wants the DPP to request for the agreement they entered with Ezetel Limited the company they are alleged to have defrauded the millions of cash to clarify the same and part that shows the repayment period (if any).

The duo also accuse the DCI officers handling the case of harassing them and malicious incarceration.

Through lawyer Cliff Ombetta, the couple claims their company Agro-Veg Health Kenya Limited entered into an agreement with the complainant Ezetel Kenya Limited for the purpose of business.

“Please note that this was entirely commercial in nature with clear bonifide intentions,” says Ombeta in the letter.

The lawyer says his clients have been in the avocado export business for along time which has been their core business. Therefore the issue of “false pretenses” does not arise.

He also states that it is important for the DPP to ask from the DCI officers for the partnership agreements thereto for the purpose of carrying out such a business, source of financing and the contribution factors from the said partners.

They want the police to show proof of funding during the time of the alleged offence and how the financing of the Sh 18.5 million in question was done, whether it was given to them (couple), bank transfer or even personal loan.

According to Ombeta, the cheques referred to in the case were all post-dated therefore, not current as it is made to appear and were issued on 28th March. There is then no way his clients would have previously instructed the bank not to honour them.

“Our clients have proof that Sh 6.5 million was a personal and that one of the directors Melvin Ndung’u acknowledges having received Sh 1.4 million from the couple as profit in advance which again shows thus is not a criminal case but a civil matter,” the lawyer notes.

According to him, failing to take into consideration the circumstances of the business in these hard times was deliberate and calculated to frustrate his clients.

“We have communication from Harit Seth &Co. Advocates demanding Sh 25 million from our clients and blackmailing them that if the same is nor paid as soon as possible, the case against them shall turn in to a case of obtaining money by false pretenses,” says Ombeta.

The couple accuses officers by the names a Mr. Nderitu and Madam Njue of pressing them to give them title deeds of their business premises in Embakasi and the motor vehicles as security for the “loan”.

“This was clearly in bad faith and clearly points to an intended capture of our clients’ properties in duress by menaces,” says Ombeta.

He adds that the manner of arrest of his clients by Nairobi Area DCI officers was totally uncalled for in public by show of force that was totally unnecessary using arms to threaten citizens who were peaceful and unarmed and forcing them to lie on the ground in public. “This was intended to scare and harass them.”

Ombeta further accuses officer Nderitu of detaining his clients even after they were granted bond by the court on July 20,2020. The officer allegedly took the two back to the station and locked them up after the deposited a cash bail of Sh 200,000 each so as frustrate and intimidate them because he was unhappy with his clients’ being granted bail.

They also intend to sue officers Nderitu and Njue in their personal capacities for acting outside the limits of the law.

“Please do call for the file. This is an injustice to our client which has totally defamed them,” the lawyer concluded.

The letter also states that the couple intends to sue for defamation, mental torture and anguish, malicious incarceration and damages in terms of business lost

Mid this month the duo were t charged that on diverse dates between March 1 and April 1,2020 in Nairobi county, jointly being directors of Avoveg Health Kenya limited, conspired to defraud Ezetel Kenya Limited of Sh18,500,000.

The court heard that they falsely pretended that they were in a position to partner with them to finance avocado export business, a fact they knew was false.

The two were further accused that on the same dates, they obtained Sh18,500,000 from Ezetel Kenya limited by pretending that they were in a position to partner with them in financing of avocado export business.

They are also charged that on March 28, this year, with intent to defraud drew a cheque USD 9,990 for SBM bank account in favour of Ezetel limited when they had previously instructed the bank not honor the said cheque.