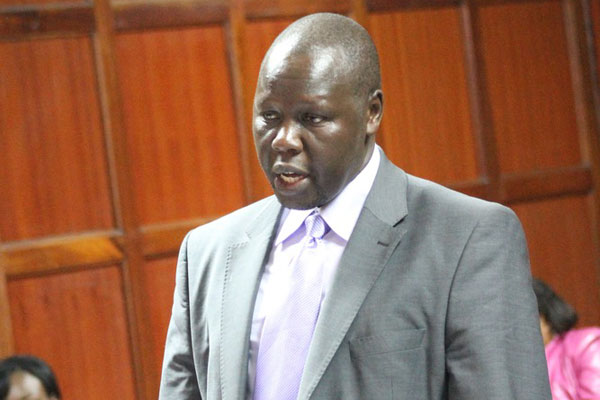 Priority Limited, a company at the centre of ownership row of a land which Weston Hotel stands has supported the hotel’s application seeking for the dismissal of a petition filed by the Kenya Civil Aviation Authority.

The company through lawyer Katwa Kigen said Environment and Land court does not have the jurisdiction to entertain and determine the petition by KCAA.

“The petitioner’s (KCAA) claim is res-judicata in toto in the face of lack of an appeal from the NLC ‘s adjudication and decision of the selfsame dispute,” said Priority limited in the application.

The company terms petition by KCAA as frivolous, vexatious, vain, void and is an abuse of court process including the proceedings available at the National Land Commission.

The company maintained that the title to the land was acquired legally, having bee obtained in good faith, is legitimate and cannot be faulted through the petition or any other case.

Kigen said having been registered as the owner of the parcel, serves as a conclusive evidence of ownership.

The company has further stated that KCAA has no “worthy evidence and otherwise without prejudice to any other averment” to the contrary since the agency has never owned be the registered proprietor of the land and hence has no rights and or entitlements to the parcel as pleadedThe company maintained that the suit by KCAA should be summarily dismissed.

In the petition, KCAA wants the title held by the hotel revoked and a decision by the NLC, directing the management of the hotel to compensate the agency for acquiring the land, quashed.

But the management of Weston Hotel has maintained that it was an innocent purchaser of the land and that it paid money to acquire the plot.

The Hotel said the case by KCAA ha ha been filed with ulterior motives, especially after NLC made a finding that the title was acquired legally.

Through Michael Nzile, the hotel said it purchased the property from Priority Ltd and Monene Investment Ltd and they cannot be asked to compensate KCAA having voluntarily vacated a site near Wilson Airport for the agency.

The hotel through lawyer Ahmednassir Abdullahi wants the case dismissed arguing that KCAA has not made out a case, deserving of any of the prayers sought.

Ahmednasir has urged the court to uphold the sanctity of the title and dismiss KCAA’s petition.

In June, Justice Benard Ebosso stopped the implementation of the decision made by the NLC on January 25, allowing the owners of the hotel to pay compensation to the agency at the market value, to enable it to purchase alternative land.

The disputed public land had been acquired by the defunct Directorate of Civil Aviation (DCA) in the early 1990s for the construction of its headquarters. 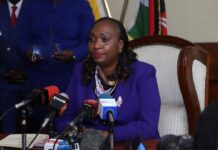 COURT STOPS PLANNED SWEARING IN OF KANANU AS NAIROBI GOVERNOR. 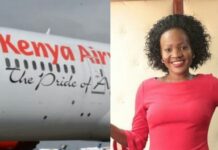 LEGISLATOR SUES KQ FOR SWITCHING HER TO ECONOMY CLASS. 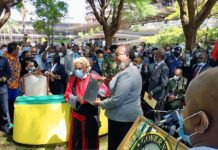 JUDGES AND JUDICIARY CONDEMNED OVER KANANU’S SWEARING IN.