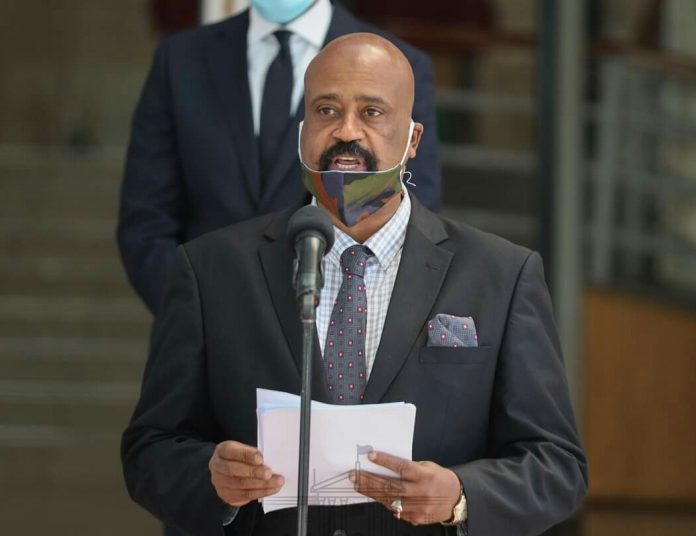 Chatur is seeking to block the county government from reclaiming a piece of land in Gigiri.

Scorpion Properties ltd rushed to court last week, accusing Badi of threatening to demolish the premises and repossess the land, which the county claims was set aside for Gigiri fire station.

The company moved to court last year and obtained the orders, stopping Nairobi Governor Mike Sonko from demolishing the building.

However, on July 23, Badi threatened to repossess the land, an act the company described as impunity and flagrant disregard of the law.

Badi allegedly directed the company to demolish the premises and vacate from the land, yet he was served with a court order issued in January 2019.

“No law permits the intended interested parties to violate constitutional rights of citizens and or permits the same to unduly intermeddle with title to private land,” the application reads.

The company submitted that the premises is under threat of being demolished and tenants forcibly evicted from the premises in contravention of the court order.

The tenants, the court heard, are apprehensive of losing their businesses and property unless stopped by the court.

Lawyer Bernard Obae for the company said the property has been charged to a bank with a loan of Sh278 million and the planned demolition will cause the company irreparable loss.

Further, the firms claim that some of their tenants are planning to vacate the properties, noting that it will cause damages since they used bank loans to put up the buildings.