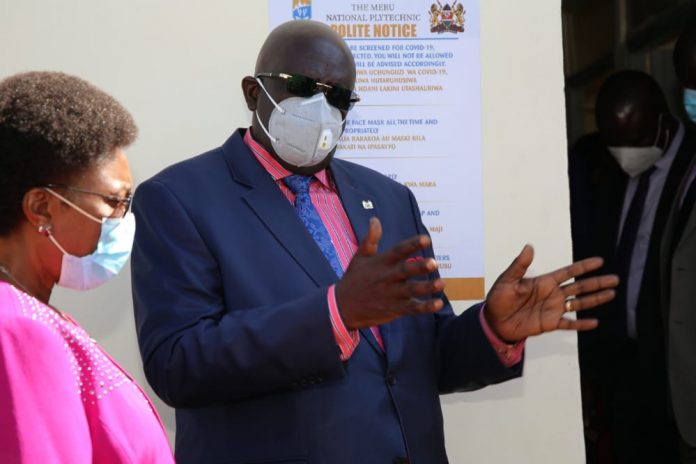 Government has vehemently opposed petition filed by a father of three seeking to compel them to re-open the public schools this month.

While responding to the petition, the government said the petition filed by parent Enock Aura is premature and granting of the orders sought in the interim or ultimately militates against public interest.

Through state counsel Moimbo Momanyi says Aura has no arguable prima facie case with a probability of succeeding as he has not demonstrate that if the interim conservatory orders are not granted, he will suffer irreparable damages that cannot be compensated by an award of damages.

“The case lacks merit, is devoid of any evidence of the alleged violations, is an abuse of this court’s process and the same should be dismissed with costs,”says Momanyi.

Teachers Service Commission has also opposed the reopening of the school and dismissed claims that it has failed to exercise its mandate under Article 237 (3) (c) of the Constitution by not articulating to the Government the plight of the teachers in public and private schools suffering in the midst of the arbitrary open ended closure of schools, is unfounded and without basis.

TSC further claim that in the discharge of its mandate the Commission works closely with the ministry of education for the provision and optimal utilization of the teaching resource for implementation of programs in the education sector and added that it aware that on or about March 16, 2020, upon confirmation of cases of COVID-19 in Kenya, the 1 st Respondent issued a circular directing the closure of schools as a measure to contain the spread of the COVID- 19 virus.

The commission adds that Aura has not demonstrated a prima facie case with any likelihood of success and the petition would not be rendered nugatory if the orders are not granted and consideration of public interest.

“The public interest lies in safeguarding learners and their wellbeing and granting of the such orders is not proportionate to any mischief, if at all, which the Petitioner proposes to cure,”reads the court papers.

TSC added that there is no evidence to show that the grant of conservatory orders would enhance the constitutional values and objects specific to the rights and freedoms under the Bill of Rights.

However Aura yesterday through lawyer Harrison Kinyanjui wrote to the Chief Justice David Maraga seeking the matter to be heard in an open court instead of virtual on September 9,2020.