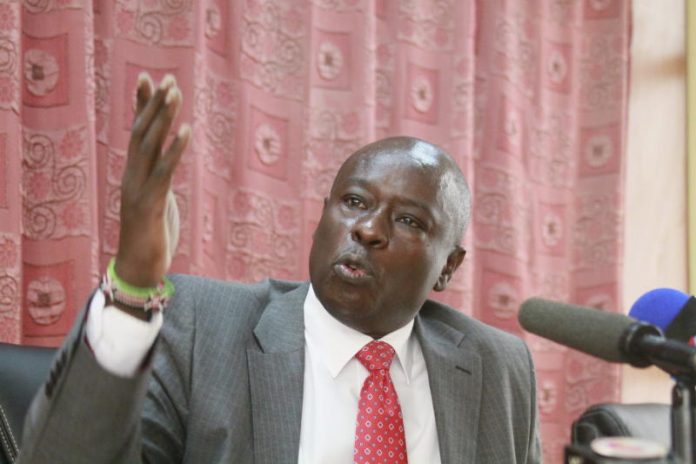 Troubles seems to deepens for Mathira MP Rigathi Gachagua after Assets Recover agency seeks to forfeit She 200 million held in his banks suspected to be proceeds of crime.

In a petition before the High Court Anti-Corruption division, ARA wants the court to declare that the funds held in the banks of the MP at Rafiki Micro Finance bank are proceeds of crime and the same should be forfeited to the government.

Through lawyer Mohammed Adow, ARA claims that they have amassed more than Sh5.8 billion within seven years, amounts that included funds from companies or business entities, providing services to ministries, state agencies and county governments.

The application comes after the High Court had in May frozen the MP’s three accounts holding Sh200 million, pending a petition by a state agency for the money to be forfeited to the government.

The accounts are held at Rafiki Micro Finance bank.

According to court papers, preliminary investigations by ARA has established that Gachagua and Jenne Enterprises limited were involved in a suspected complex scheme of money laundering.

The agency says funds, at Rafiki Micro Finance Bank, are held in three accounts with one holding Sh165 million, a second account holds Sh35 million while the other holds Sh773,228. All the three are registered in the MP’s names. A fourth account, holding Sh1,138,142, is registered in the name of Jenne Enterprises.

Further, the documents stated that after being transferred to companies or businesses entities, the funds were ultimately moved to a fixed deposit account, which is Gachagua’s personal accounts.

“That within the said period, there were massive suspicious cash withdrawals, transfers, inter and intra bank transfers from other accounts to the accounts under investigations and other bank accounts owned by MP Gachagua in suspicious complex money laundering schemes,” the agency said.

ARA argues that it was apprehensive that unless the court intervenes, the MP was likely to withdraw the funds and defeat the cause of justice.

“There are reasonable grounds to believe that the suspects’ bank accounts were used to conduit of money laundering in efforts to conceal, disguise the nature, source, disposition and movement of the illicit funds and should be preserved,” the agency submitted to court.