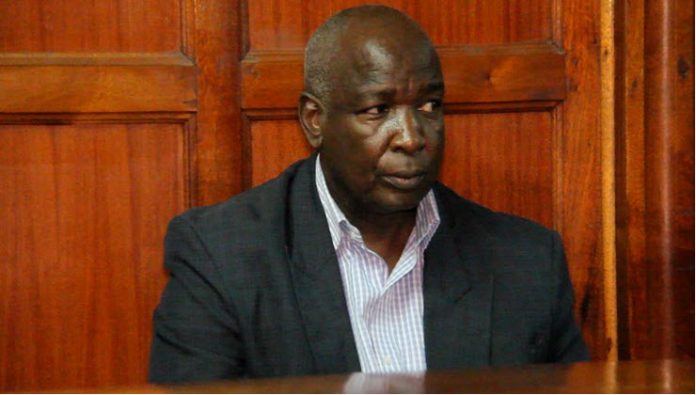 A former senior transport officer at the Office of the DPP William Ashael Osoro has suffered a blow after the High Court upheld a four-year sentence for abuse of office.

Justice Mumbi Ngugi dismissed Osoro’s appeal, which sought to quash the sentence imposed on him ower court’s decision to sentence him over theft of fuel valued at Sh7.9 millionat the office of the DPP.

“I find no merit in the appeal. It is hereby dismissed and the conviction and sentence upheld,” ordered Justice Ngugi.

The former top transport officer had been convicted and sentenced by Milimani Anti-Corruption Magistrate Teresia Murigi for arbitrary directing the use of a fuel card for the purchase of fuel, lubricants and pitstop services valued at Sh7.9 million.

Murigi sentenced him to serve four years imprisonment or pay an alternative fine of Sh 600,000.

The court heard that between September 1, 2013 and April 25, 2018, Osoro stole the fuel, lubricants and pistop services, which were the property of the DPP’s office.

“The trial court erred in law disregarding evidence in his favor and such failure occasiones a miscarriage of justice,”said Osoro.

Further, Osoro argued that he was charged because he had installed a tracking device on the vehicle used by the then DPP Keriako Tobiko.

He added that since the other officers in the office of the DPP made improper used of the vehicles by taking unauthorized journeys or failing to register purchase in the fuel register, he should not be the only one charged with the criminal offence.

However while demissing his appeal the judge noted that the trial court observed that the DPP should endeavour to take necessary action against the officers who made unauthorized journeys and failed to observe internal process or misused government vehicles does not exonerate Osoro from his culpability for his abuse of office in the arbitrary use of the fuel card.

The court however said his defense does not hold water as the auditor’s report which triggered this case was prepared even before Director of Public Prosecution Noordin Haji took office.

The court noted that, the committee that was tasked to analyze the audit report on fuel management advised DPP Haji to refer the matter to the DCI George Kinoti as it noted that there were fraudulent acts revolving the cards.