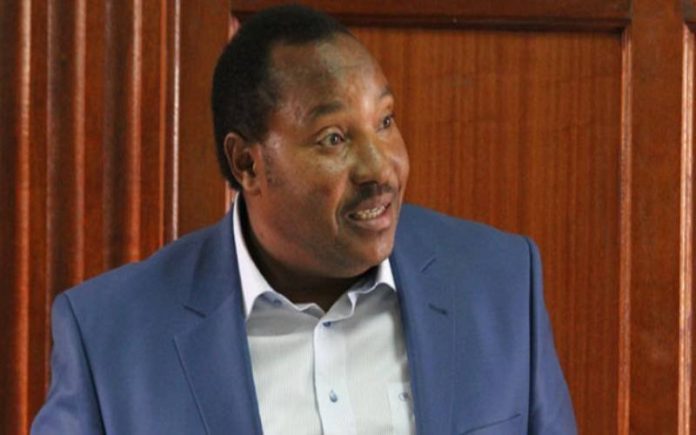 Director of public prosecution Noordin Haji has accused former Kiambu governor Ferdinand Waititu of derailing a graft against him by feigning sickness.

And now, to put the matter of Waitutu’s sickness to rest, Haji wants the trial court to direct Kenya Medical Practitioners and Dentist Board to appoint three doctors to examine the politician and file a report in court.

In the application made before trial magistrate Thomas Nzioki, the DPP through Victor Mule and Joseph Riungu, also want Waititu to undergo a mental assessment to confirm whether he is mentally sound.

The DPP said the report will inform an application he intends to make, seeking the cancellation of Waititu’s bail terms over his conduct in the Sh588 million graft trial.
The former governor has claimed he has been sick since August 30, stalling the graft trial.

“Waititu’s failure to appear in court has made it impossible for this case to proceed and we urge a team of independent practitioners do examine him and the mental assessment report filed in court for purposes of the court to assess his mental status. We intend to make an application to have his bail cancelled,” Mule submitted.

The trial was supposed to start Monday morning only for Waititu’s lawyer John swaka to inform the magistrate that his client is admitted at Jumuia Hospital.

“My client has been unwell. He went for check up on October 24 and was referred to High Dependency Unit (HDU) for admission at Jumuia Hospital following a recommendation by his personal doctor. As we speak today, Waititu is admitted to hospital and not ready to proceed with the case on account of his health,” he said.

He sought a further adjournment of the case but the DPP vehemently opposed the application saying the conduct of Waititu is meant to further delay the graft case.

Mule said that the two medical documents tabled in court by Swaka on behalf of Waititu does not indicate the doctors who examined him.

The prosecutors added that the conduct of Waititu is not only based on his health. He said on January 20, 2020 he made an application to have the case adjourned to attend to his impeachment proceedings before the Senate and on August 30, 2020 made another application claiming that he had tested positive for Covid-19 following results from Lancet laboratories.

On October 21 Waititu failed to appear in court and through his lawyer tabled in court a medical report super care medical center showing that upon further review on his status of Covid -19 he still complained of chest pain and dizziness.

Mule further urged the court to order the case against the governor’s wife Susan and his co-accused person to proceed without Waititu.

“We seeks that the criminal case against all accused person to proceeds in the absence of Waititu. The court do exercise its discretion and find that the right under Article 50 of the Constitution and Section 206 of the Criminal Procedural Code (CPC) is not absolute,” he said.

Swaka opposed the request to have Waititu undergo a mental assessment saying that the same will infringe his rights as he has personal doctors.

“By ordering a team of medical practitioners to examine him, it will be tantamount to infringing the accused person’s right as he has personal doctors,” Swaka said.

He added that if the case proceeds without the governor’s being present in court it will amount to injustice and a fair trial.
Waititu was charged on July 29, 2019 with fraud, conflict of interest, dealing with suspect property, money laundering and abuse of office.

Saika Two Estate Developers Limited, a firm owned by Waititu and his wife Susan Wangari, was said to have received more than Sh25 million from Testimony Enterprises Limited Contractor, a firm contracted by the county government to develop roads through an irregular tendering process.