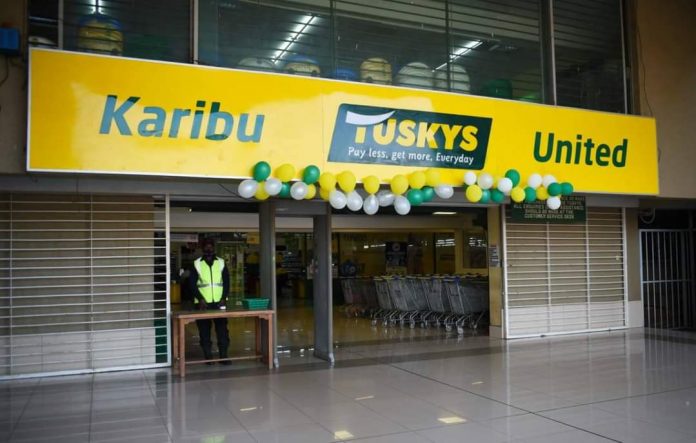 Auctioneers receiving instructions from suppliers of goods at Tusker Mattress has suffered a major blow after the High court stopped them seizing and selling assets belonging to the strungging retail.

In his ruling, Justice Francis Tuiyott barred the supermarket’s creditors from attaching its assets, pending further directions on October 27.

The Judge, however clarified the orders does not affect Greenspan ltd, which has sued the retailer over rent arrears.

“Having read the affidavit of Patrick Ogola sworn on October 16, 2020, I hereby order a stay of any attachment, sequestration, distress or execution against the property of the company pending further directions,” ruled Justice Tuiyott.

In the latest application, Tuskys moved to court saying that there were threats to seize and auction its go-down in Komarock on October 21.

Further, the retail giant had been furnished with new orders freezing its accounts over a debt of Sh 34.5 million by Diamond Trust Bank.

According to lawyer Patrick Ogola, the funds in the accounts were crucial working capital, which should be preserved to keep its operations running.

He said the go-downs in Komarock has its stocks and tools of trade and selling them would jeopardise plans of reviving the supermarket.

“I am also aware that the applicant faces imminent auction at its premises at the Oasis Mall in Malindi,” he said.

The supermarket revealed that they secured Sh 2.1 billion funding from a Mauritian firm and on September 18, the investors released Sh500 millions as commitment.

“Indeed, a portion of the creditors on record in this petition have benefitted from the part settlement of their debt owing to this initial tranche of the facility,” says Ogola.

The lawyer said a significant portion of the funding paying its liabilities and the supermarket was granted 45 days to kick start the drafting, review and negotiations and thereafter reach out all its creditors on how to settle the debt.

“From the foregoing, it is clear that the applicant is truly intent on settling all debts truly owed by it, and has now set out a clear plan within which to do so,” he said adding that the supermarket continued to face more cases in court, which he termed as predatory.

Among stocks seized at goods at Greenspan Mall, Juja City Mall, Karen Crossroads and Kilifi branches, which have been seized by Rentworks East Africa ltd, through a court order issued on September 18.

Other creditors that have sued the supermarket are home appliances and electronic dealer have Hotpoint, which is seeking Sh248 million from Tuskys.

Hotpoint rushed to court seeking to wind up the Tusker Mattresses Limited, arguing that the retail giant was unable to settle the debt.

Security company, Syndicate Agencies has also sought to wind-up Tuskys over a debt of Sh30 million.