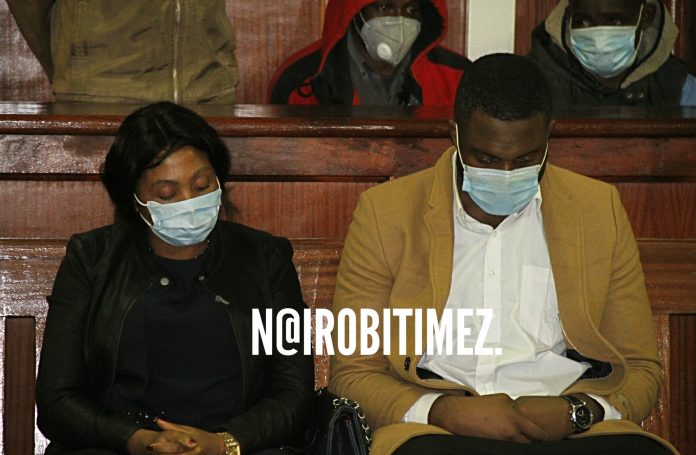 Milimani Chief Magistrate Martha Mutuku jailed the two for three months or pay fine of Sh. 30,000 to secure their freedom.

Two Cameroonians- Arnold Sahdeu Fotsing and Honorine Djuechie have been jailed for three months for being in Kenya illegally.

The duo were charged with using a forged passport against the law.

Chief Magistrate Mutuku heard that on November 16 at Jomo Kenyatta International Airport in Embakasi area in Nairobi County being a Cameroonian national, Fotsing was found using a forged Cameroonian diplomatic passport while attempting to exit Kenya to Italy via Italy.

He is also charged with being unlawfully in Kenya, while the court heard that Djuencie was found to be unlawfully present in Kenya other invalidation of your courtesy Visa by virtue of using a forged passport.