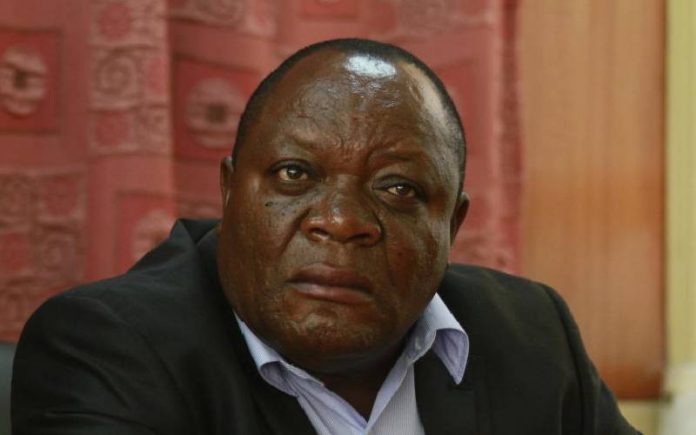 A Nairobi court will on Friday morning rule on whether the burial of Matungu MP Justus Murunga, which is slated for Saturday, will be stopped.

Senior resident magistrate Peter Mukholi will deliver his ruling after Murunga’s widows- Christabel and Grace Masitsa argued that the court has no jurisdiction to grant the prayers sought.

They urged the magistrate to dismiss the case by Agnes Wambiri, who sought to stop the burial arguing that she and her children have been locked out of the plans.

But appearing before the magistrate, the widows through lawyer Patrick Lutta said they have no problem with Wambiri and her children attending the burial on Saturday in Matungu, Kakamega county.

They also said they have no problem with her plans for extraction of DNA samples, to confirm the paternity of Wambiri’s two children.

During the hearing on Thursday, Wambiri through her lawyer Danstan produced Mpesa statements, to prove that Murunga used to support them. The widows, however said the MPesa statements have not been verified.

Wambiri reiterated that the deceased always supported her and the children by contributing towards the maintenance of the children until November 12, 2020, two days prior to his sudden death.

She adds that failure to attach the documents was neither deliberate nor intentional on my part, but due to procedural and documentary requirements that ought to be met before accessing the documents.

She further adds that by the time of filing I had not received some documents that I wish to adduce as evidence in this suit.

She denied meeting his two wives during his courtship with the deceased and told the court that Murunga never allowed her to meet with Christabel and Grace.

“It is utterly misleading for the applicants to claim that I have not made any attempts to contact them regarding this matter, when the truth is that when we had agreed to meet over the same, they sent a third party (a brother-in-law) who is a stranger to this suit,” says Wangui.

Wambiri added that court orders are to be unconditionally obeyed and it is rather outrageous, contemptuous, ridiculous and flies against the face of logic for the widows to demand from her Sh10 million as security and condition to stop the burial.