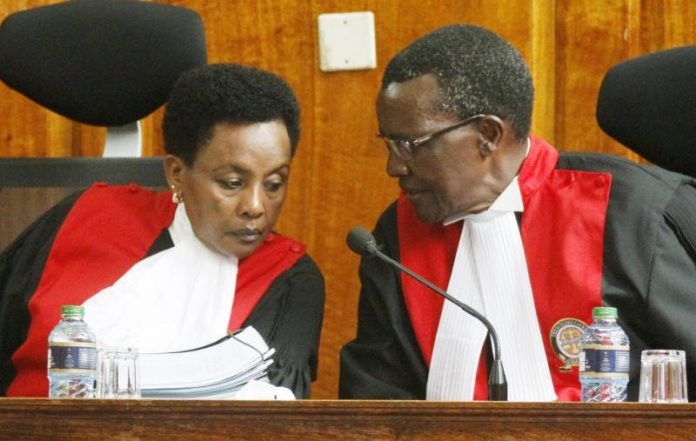 Members of Parliament have challenged the manner in which a bench of five judges was appointed to hear a petition challenging an advisory by Chief Justice David Maraga for dissolution Parliament for failure to meet two-thirds gender rule.

The MPs through Senior Counsel Ahmednasir Abdullahi said the appointment of the bench of five judges is unconstitutional because the CJ has no powers to delegate to someone else, the power to appoint a bench to determine constitutional matters.

Mr Abdullahi questioned how the Deputy Chief Justice Philomina Mwilu appointed the bench after Justice Maraga disqualified himself allegedly because he is a party to the case.

“We have no information whether the Chief Justice disqualified himself from appointing the five judges or how the file landed in the office of the DCJ,” Abdullahi submitted.

The veteran lawyer said the current bench cannot hear any of the petitions since it is unconstitutional and urged the court to refer the case back to the Chief Justice for appointment of the bench.

“The petitioners pray that the judges recuse themselves from the purported assigned bench pursuant to Article 165 (4) of the Constitution,” they argued.

The Attorney General through Immanuel Bitta said he had difficulties with proceeding with the matter as he has not been served with the order by DCJ appointing the bench as earlier directed to be served with the same.

“We do not know who appointed the bench and how the file moved from the High Court to the DCJ leading to the appointment of the current panel,” said Bitta.

Justice Maraga through his lawyer Ochieng Oduol said the current bench has authority to hear and determine the applications seeking their recusal.

He informed the bench that DCJ appointed the judges since Maraga cannot appoint the panel as he is the one sued.

In the ruling by the five judges, the court enjoined DCJ as an interested party in the case by the MPs and consolidated all the cases for the purpose of hearing the application.

They further directed the parties to exchange pleading in the matters and file their submissions and responses by Judiciary e-filing system by December 15.

The case will be mentioned on December 17 for further directions.