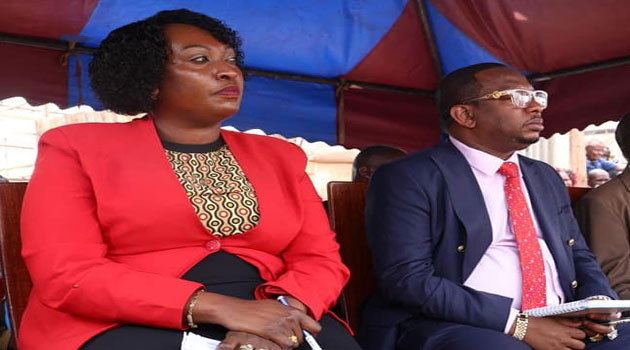 A judge has directed a case filed by ousted Nairobi governor Mike Sonko, seeking to stop the vetting of deputy governor nominee Anne Kananu to be heard on Thursday.

Justice Anthony Mrima disallowed an application to stop the vetting temporarily, saying he would rather hear all parties before making a ruling.

Kananu is set to be vetted on January 15 but Sonko says he revoked her nomination days before he was impeached.

Justice Mrima also directed two other cases, filed by Okiya Omtatah and Habib Kongo to be heard together with Sonko’s case.

The judge will also give directions on an application to have President Uhuru Kenyatta’s sister Kristina Pratt and Jane Weru, removed from the case.

To speed up the hearing, Justice Mrima directed parties to urgently file their submissions ahead of the hearing on Thursday, noting that the County Assembly had indicated it would conduct the vetting on Friday.

In the petition, Sonko says he was pressured by Kristina to consider Weru for nomination as the deputy governor.

He said Kristina called him just before he was impeached asking him to nominate Weru as the Deputy Governor and revoke Kananu’s nomination.

He wants the court to stop the Nairobi county assembly from vetting and approving his earlier nominee, Anne Kamau Mwenda as the Deputy Governor.

“It is necessary to have Jane Weru as the Second interested party for her being the person recommended by Christina Pratt Kenyatta to me to assume role and the capacity of the Nairobi City County Governor immediately prior to my unlawful and sham impeachment”, Sonko added.

Sonko further alleges that the first family has been interfering with the affairs of Nairobi City County, both politically and administratively especially after the creation of Nairobi Metropolitan Services and appointed of a military General to run the department by the president.

He said after the conversation with Pratt, he cancelled Kananu’s appointment and wrote to her and the County assembly of the decision on December 7.

The ex-governor in court papers says he withdrew the nomination following pressure from the first family.

Sonko also sought to stop the acting Governor Benson Mutura from making illegal appointment at city hall arguing that he lacks powers to make any appointments.

This was after Mutura made changes to the cabinet and brought back Education CeC Janet Ouko, whom had been sacked by Sonko.

The former city boss wants order issued prohibiting any execution or further execution of the decision by Mutura as contained in his letter dated January 6 in which he made the changes.

Through lawyer Harrison Kinyanjui, Sonko says the letter by Mutura purporting to reappoint Ouko was illegal having been dismissed.

“In the circumstances, it is plain that unless restrained court by way of a conservatory order Mutura will wreak havoc in the governance of Nairobi City County in the acting capacity of a Governor he is occupying,” he added.

Sonko argues that Mutura violated the County Governments Act, which expressly forbids him from exercising any of the powers of an elected governor.

He said the powers to nominate, appoint or dismiss any person in the County government are not available in law to Mutura.