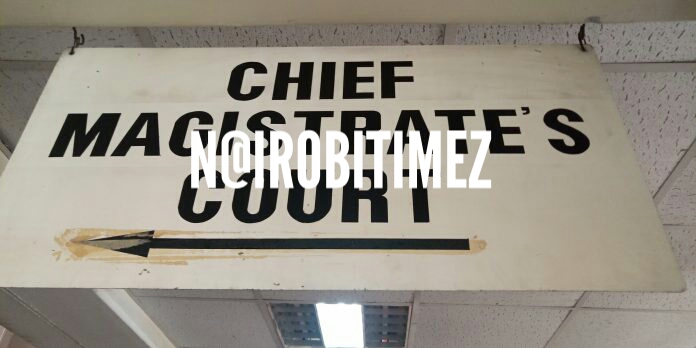 A New Zealander has moved to court to block his prosecution over allegations of obtaining Sh102 million.

Christopher White, the director of Danish Brewing Company E. A. and King Beverage limited wants the court to suspend criminal charges against him, pending the determination of the case.

The said money is claimed to be arising from a business deal between his company and Patiala Distributors limited.

He claims that he was arrested and questioned by DCI officers for allegedly obtaining the money by false pretense from Patiala Distributors Limited with a promise to deliver Tuborg beer 500ml cases which were never delivered.

“It is just that the court should suspend the proceedings in the criminal case to preserve the Petitioners’ right to have the petition heard and determined,” he submitted.

White claims that allowing the criminal case to progress will subject him to ignominy, ridicule and contempt as Patiala will undoubtedly publicise the plea taking hearing in the media to tarnish his reputation.

He further claims adverse publicity and allegations of a criminal nature when no such intent or conduct exists has the capacity to ruin his reputation thereby adversely affecting the colossal investments made in Kenya and his right to dignity as guaranteed under Article 28 of the Constitution.

He told the court that no prejudice will be occasioned on the IG and DCI should the criminal case be halted temporarily to allow him ventilate the merits of the petition before the court.

White says that he stands to suffer irreparable harm to his reputation with foreign investors if the Criminal Case is allowed to proceed to plea taking.

He claims he was unlawfully arrested, detained, and harassed over what is a purely civil and commercial dispute between Danish Brewering and Patiala resulting from an agreement dated December 2, 2019 (the Distributorship Agreement) and amended by an agreement dated October 26, 2020 (the Refund Agreement).

He claims that the illegal arrest, search and seizure of his property was orchestrated by Patiala as a means of intimidating him into settling a civil and commercial dispute surrounding an agreement for supply of beer products. Patiala is using police and Director of the public Prosecution to abuse the criminal justice system to cause his company’s to assign their distributorship rights to Carlsberg’s beer products in Kenya.

The investor says attempts to have Patiala withdraw the case have been futile as they have insisted that unless he assigns his companies rights as the sole distributor of Carlsberg – an international beer brand to Patiala, they would not withdraw the charges or stop the harassment.

According to White documents filed in court, he claim that by an agreement dated December 2, 2019, Danish Brewing Company E. A and King Beverage limited entered into a distribution agreement with Patiala Distributors Limited (Patiala) and over a period of time, Patiala paid Danish Brewering shilling 102,000,570 million for the supply of 30,000 cases of Tuborg Beer.

As a result of space constraints in Patiala’s own warehouses, sometime in December 2019, Patiala took 10,000 cases of beer and asked his companies to keep the balance of 20,000 cases in storage and unfortunately, the COVID pandemic struck within three months and Patiala was slow in selling the alcoholic products. By the time they were sold, the 20,000 cases being held by his company’s were nearing expiry.

According to him, shockingly, on October 30 last year  2020 while he was in the company of a director of Patiala discussing commercial issues about a shipment, armed officers apprehended him on allegations of possession of illegal firearms.

He was arrested and driven to his residence situated along General Mathenge Road in Nairobi on the pretext that the officers wanted to conduct a search for illegal firearms and the police officers entered his private residence with firearms where they intimidated his infant child.

On entry, the officers curiously went straight to where he keeps his office items and took away his company seals and stamps as well as a dysfunctional laptop and left without touching anything else.

He was subsequently driven to Nairobi Area CID offices for intensive grilling on wild allegations which included being a Russian spy, lack of religious faith, immigration status and tax status.

After what he termed as intense grilling, the officers allegedly disclosed to him he was accused of obtaining money by false pretense.

He said he was intimidated and harassed by the officers to accede to the demands of Patiala and make immediate payments to refund the amounts allegedly obtained under false pretense and officers informed the him that should he fail to make the payments demanded by Patiala, they had instructions to detain him on charges of obtaining money by false pretenses.

He claims that late in the evening on October 30, last year, he was forced by the officers, under duress and threats of being detained, to write out approximately 102 post-dated cheques all dated November 9, for a sum totaling Sh102 million.

He claims that his friend Daniel Ngugi Thiongo was also forced, by the officers, to hand over a title deed to his property worth approximately Sh 30 million on or about November 9, last year Patiala’s Advocate, Christopher Kabugu via a telephone call, threatened to bank all the cheques unless he paid him what he understood to be a bribe of Sh1 million.

“Despite the 1st Petitioner writing protest letters on 10 November 2020 and 27 November 2020, and on 9 December 2020 through his advocates, neither the 2nd or 4th Respondent replied to the said letters which detailed the egregious violations of the legal process,” he said.