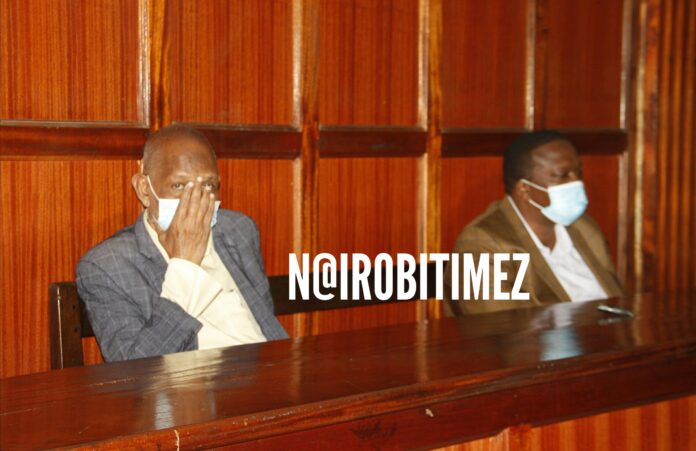 The owner of Samco Holdings Limited has a Nairobi court that he is the registered owner of a disputed property on Mombasa Road worth Sh300 million.

While testifying in a case where two men have been charged with fraud, Mandip Singu Amriv produced before Chief Magistrate Martha Mutuku, a certificate of incorporation dated December 1991 to show ownership.

The businessman also produced a certificate of change of name from Samko Holdings to Samco Holdings dated April 14, 1992.

According to the businessman, the last owner of the said land located along Mombasa road is Samco Holdings Limited and he was not aware of any other dealings related to the said land at the time of purchase.

Nyamweya is charged with conspiracy to defraud Samco Holdings of the said land which measures ‪0.90003‬ hectares by fraudulently registering it in the name of Innfields Investment Limited.

He is alleged to have committed the offence on an unknown date and place, jointly with others not before court.

Nyamweya also denied making a false lease for the land situated along Mombasa Road registered in his name, purporting it to be a genuine lease issued by the Ministry of Lands.

He is also facing charges of forging signatures of two land registrars on the said lease and making a fake title on unknown dates and time with intent to defraud Samco Investments.

During cross-examination by the defense lawyers, Amriv told the court that he confirmed the legitimacy of the land at the ministry of lands.

The witness added that he is aware his land is slightly overlapping on another parcel of land, which has a different title and had previously encroached a road reserve and this led to issuance of new titles.

“The government surveyor confirmed that the five or six parcels of land in that area would encroach the Southern bypass and we were therefore told to surrender our titles and were issued with new ones with different mapping,” testified Amriv.

The businessman added that he confirmed the title 209 does not exist. The court also heard that there are court orders restraining both parties (the accused persons and complaint) from accessing the said land until the determination of the case they filed.