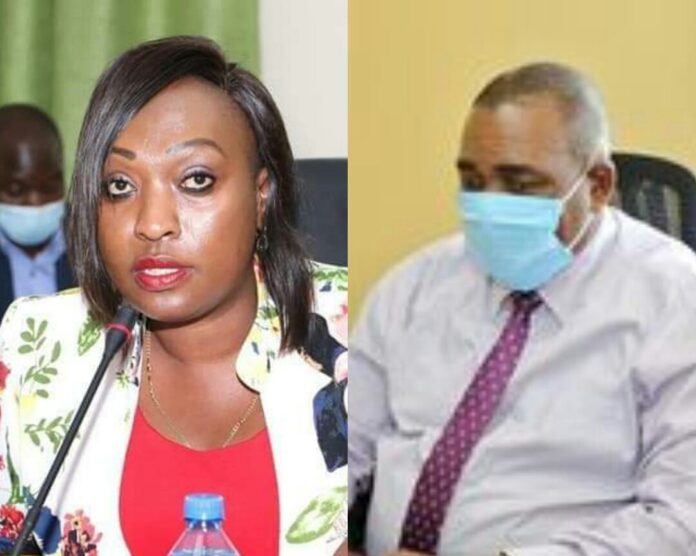 High Court Judge Anthony Mrima has recused himself from a case challenging the nomination of Anne Kananu Mwenda as the Deputy Governor of Nairobi City County.

The judge who is facing a camplaint filed before the Judicial Service Commission (JSC) by Bunge La Wananchi president Henry Shitanda recused himself from all matters pending before court challenging Kananu’s nomination as the Deputy Governor.

“I hereby recuse myself from this matter as well as all the matters on the Governorship of Nairobi County,” ruled the Judge.

He directed the matter to be placed before the Presiding Judge of the constitutional division for further orders and directions.

The directions will be given on February 10.

He also directed that any party desirous of lodgeing an appeal against his ruling was free to do so.

Among the reasons for the judge’s recusal was because of his relationship with lawyer George Kithi who appears in one of the petitions.

“As I have previously done, I have always recused myself in any matter where the firm of Messrs. Kithi & Company Advocates appear unless for reasons otherwise stated. Given the nature and the history of the petitions in this matter it can only be fair that I opt out of this matter,” he said.

He further added that there were mixed reactions when he rendered a ruling in the consolidated petitions.

One of the reactions after the delivery of the ruling in the consolidated Petition was the filing of a complaint at the Judicial Service Commission on the grounds inter alia that the Court is biased. The matter is pending.

He added that the filing of complaint per se does not preclude a court from dealing with the matter as it all depends on the circumstances of the case.

“There are instances where, depending on the nature of the matter and inorder to enhance public confidence in the administration of justice, a Court may consider recusing itself from that particular matter. That is the position I opt for in this matter,” he said.

He said he must, however, make it clear that the said position only applies in the unique circumstances in the matter.

“It is not the Court’s general position on all the matters it handles. Of further importance is that it can only be prudent that this position applies to all the matters on the leadership of Nairobi County which by now are well over 20 in number,” he added.

Law Society of Kenya moved to court seeking orders to suspend the decision of the County Assembly made on January 15, 2021 approving the nomination of Kananu as the Deputy Governor of Nairobi City County.

LSK also urged the court to suspend the decision of the Respondents of  January 15, 2021 to swear into office Anne Kananu Mwenda as the Deputy Governor of Nairobi City County Government.