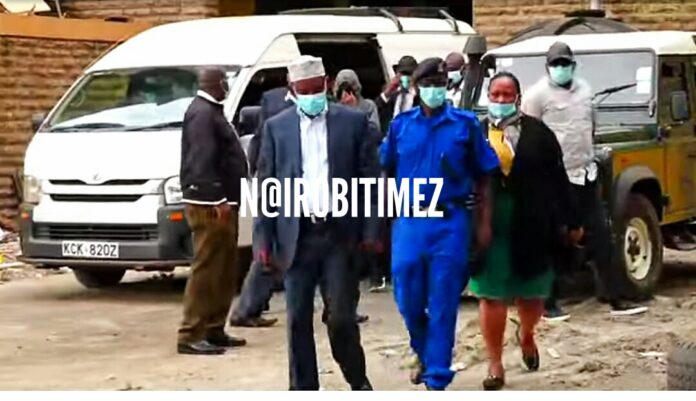 Garissa Governor Ali Korane has been allowed to travel to Saudi Arabia for religious purposes for a period of ten days.

Granting him the permission to travel, Chief Magistrate Douglas Ogoti directed the release of his two passports ahead of the travel.

The court directed the release of the travel documents until May 17 early in the morning before hearing of his Sh. 233 million graft case start.

Trial court released his passport for only ten days since his application to get back the passports temporarily, was not opposed by the Director of Public Prosecutions.

“Since there is no objection by the prosecution, I direct that his (Governor Ali Korane) two passports be released to him immediately to allow him travel abroad as may be necessary but should deposit the same back to court on May 17,” ordered Ogoti.

Korane was appearing in court virtually.

Through his lawyers Ahmednasir Abdullahi and Issa Mansur, Korane urged the court to allow him to travel to the Saudi Arabia between May 5 to 15, 2021 during the Ramadhan period.

The court had directed him to deposit the passports in court when he was released on bail on September 15, 2020.

The magistrate him to return the passports immediately he arrives back from Saudi Arabia. The trial starts on May 17.

In the case, Korane is charged together with four county officials with eight counts of conspiracy to commit an economic crime, failure to comply with procurement law relating to management of public funds and misappropriation of public funds.

They are accused of mismanaging public funds allocated to county government of Garissa as a conditional grant for the Kenya Urban support Programme amounting to Sh 233,506,000.

The were charged that between February 25, 2019 and September 30, 2019 within Garissa County they mismanaged public funds allocated to the County Government of Garissa as a conditional grant for the Kenya Urban Support Programme (KUSP) amounting to Kshs. 233.506.000.

Korane was barred from accessing his offices until a Sh233 million corruption case against him is heard and determined.