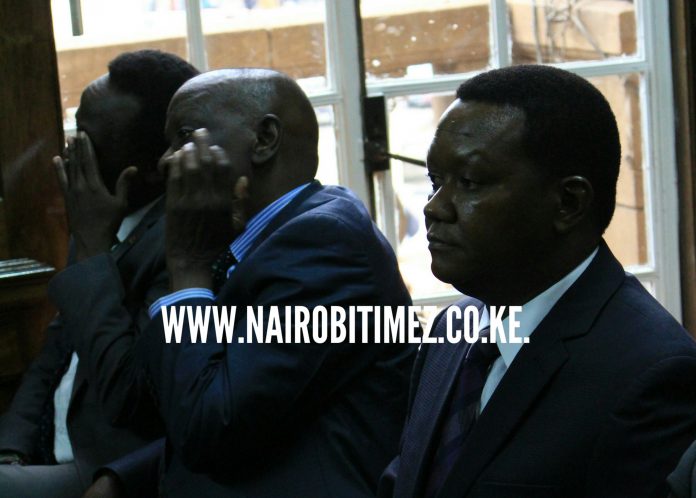 Machakos County Government has been ordered to pay a car dealer over Sh27 million for supply of eight motor vehicles.

Justice Margaret Muigai ordered Governor Alfred Mutua administration to pay Simba Corporation limited Sh 27,038,610 being the balance of purchase of 8 vehicles supplied to the County. The County government was supplied with a total of 21 vehicles.

The judge, however declined to award Sh1,805,658 saying  the car dealer did not prove whether the amount accrues from outstanding debt or from payments made or whether VAT was remitted for payments made for purchase of motor vehicles and VAT is due only for the outstanding amount.

Simba Corporation had informed the court pursuant to a Supply Circular No. R04/2015 to 2016 for supply of Motor Vehicles dated June 16, 2015, the company supplied 21 4×4 Double Cab pickups to Machakos county.

The car dealer argued that the terms and conditions of the supply, delivery and payment of the purchase price for the vehicles were set out under the supply circular and special conditions of contract attendant to the tender and stated.

The county government reserved the right to reject products, if deviations were found critical to their use and operations.

The county government admitted having ordered and received an assortment of motor vehicles from Simba Corporation but argued that the same were fully paid for as agreed between the parties.

According to the County Government, the suit is a non-starter as most of the documents annexed indicate supply of motor vehicles to different entities other than the county government as the official purchase order and Local Purchase Order in support of the suit show that most of the dealings were with other entities.

Machakos County Government added that full payment was made to the Simba Corporation as required.

It further stated that it shall at the very onset raise a preliminary objection that the suit is incompetent as the company has not annexed any company resolution authorizing Dinesh Kotecha to act on its behalf.