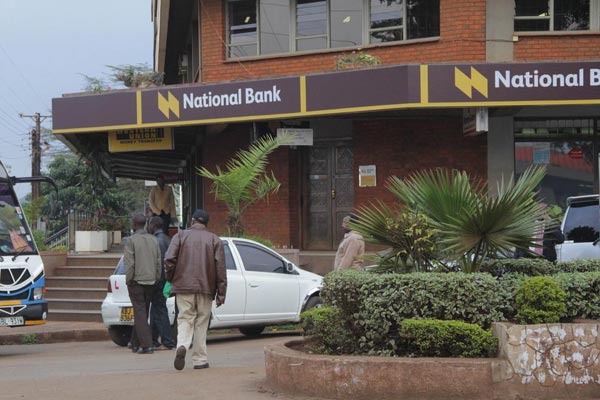 National Bank of Kenya has been ordered to pay its former manager Sh17.7 million for unlawful dismissal.

Justice Nduma Nderi ordered the bank to pay Josiah Wanjohi, a former Nakuru Branch Manager who was dismissed as he waited to go for retirement.

He had worked for the bank for 29 years and was dismissed soon after his promotion to head the Nakuru branch and was due to retire in five years.

The judge observed that Wanjohi had served the bank faithfully for a period of 29 years only to be shown the door, without notice and without payment of his full pension and terminal benefits, on false allegations.

Justice Nderi added Wanjohi suffered financial embarrassment, developed diabetes due to stress and suffered loss and damages associated with sudden loss of income and non-payment of pension dues that had accrued over the period.

“The Court finds that the plaintiff did not contribute to the unlawful loss of his job and Wanjohi was unable to get alternative employment due to his advanced age. Wanjohi had loans to pay to the bank and fees to pay for his children in private universities then and suffered embarrassment and pain due to sudden unlawful curtailment of income,” judge observed.

The judge added that National Bank had the option to retire Wanjohi and pay his pension but did not.

Wanjohi sued the bank saying that his dismissal was unlawful and in breach of his contract of employment and has set out in the plaint particulars of breach, illegality, malice and unreasonableness in that he was never given a hearing or adequate hearing to defend himself and an appeal to the defendant to reconsider the dismissal was not heard.

Under the Bank’s pension Fund Scheme, Wanjohi would have retired at 50 years old on January 1, 1999 and the bank was hell bent to witch-hunt its old staff and get rid of them due to various problems in the Bank.

Wanjohi was one such victim and he was dismissed without notice in an exercise which was malicious and purely meant to save the defendant Bank financial expenses.

But while responding to Wanjohi’s suit, National Bank admitted that he was employed by the bank as a clerk in 1970 and he worked continuously for the bank in various capacities until he became a manager and stopped working in 1999.

Bank claimed that between the years 1997, and 1999, Wanjohi committed a series of acts of fraud, dishonestly and negligence in the performance of his duties as a result of which the defendant suffered massive financial loss estimated at Sh.140 million and claimed Wanjohi dismissal was done within the powers of the bank as conferred by its rules and regulations which the plaintiff was subject, and was justified therefore.

Bank denied that the summary dismissal was in breach of the contract of employment nor was it unlawful, malicious or unreasonable as alleged by Wanjohi.

Bank further denied all the particulars of breach, illegality, malice, high handedness and unreasonableness as set out by the plaintiff under items (i) to (ix) in the plaint and reiterates that the summary dismissal was lawful.

But Wanjohi denied all allegations of fraud, dishonesty and negligence and also denied the particulars of loss alleged to have been suffered by the bank in the sum estimated to be Sh.140million on account of alleged fraudulent, dishonest and negligent conducts by him.

He reiterated all particulars of claim as set out in the plaint and in particular that he performed very well between 1970 and 1999 when he worked for the bank in the position of clerk and ultimately as branch manager and puts the bank to strict proof of the false allegations he made against him.