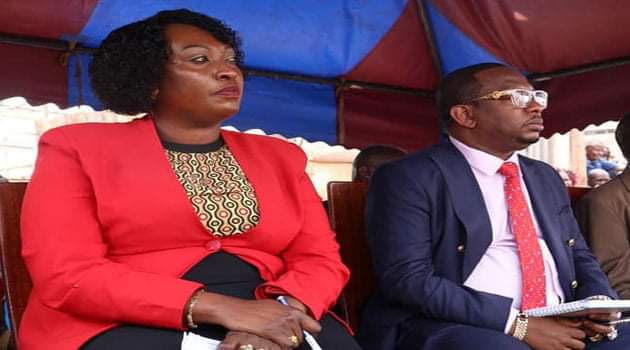 The swearing in of Nairobi acting Governor has been suspended further to await the outcome of the appeal by former city boss Mike Sonko.

A three judge bench of the Court of Appeal issued the ruling today saying the appeal raises weighty issues and needs to await the final verdict.

The appeal arises from the High Court judgement which ruled that Kananu should not be sworn in as the Governor of Nairobi.

The appellate court also stopped the appointment of the intended Nairobi Deputy Governor.

The judges reserved the reasons of their ruling which they will deliver on October 22.

This is after Mike Sonko through his lawyer Alfred Nyamu filed an appeal seeking an injunction stopping anybody, state organs or authority from swearing in Kananu as Nairobi County City Governor pending hearing and determination of the case.

“An order do issue restraining Ann Kananu from assuming substantive office of Governor for Nairobi city County or in any way way performing any roles reserved for substantive Governor,” urged the court.

The former city boss argue that the county assembly of Nairobi did not meet the threshold for his impeachment as set by the senate, the High Court and court of appeal in the case of Embu Governor Martin Wambora which are a guide on how impeachment process in Kenya is undertaken.

He further told the court that the senate sitting as a plenary did not exercise the duty to investigate charges as mandated by the constitution and section 33 of the county Government Act, 2012 but only interrogate the evidence to ascertain as to whether all the charges with their specific particulars were substantive.

“The senate made a decision to impeach appellant (Mike Sonko) without giving written reasons and no report reflecting any deliberations and consideration has been served to the appellant and the senators only voted in respect of the different charges without assigning any reasons, ” Sonko told the court.

He added that at some point in the course of the proceedings, Kakamega senator stated that the senate had already decided and no further submissions were warranted as the same were waste of time.

The remarks by Senator Malala in the proceedings demonstrates a predetermined position of the senate which was conducting a quash-judicial function as opposed to a legislative function and the same pointed at bias on the part of senators in the eyes of not only Sonko but also members of the public.