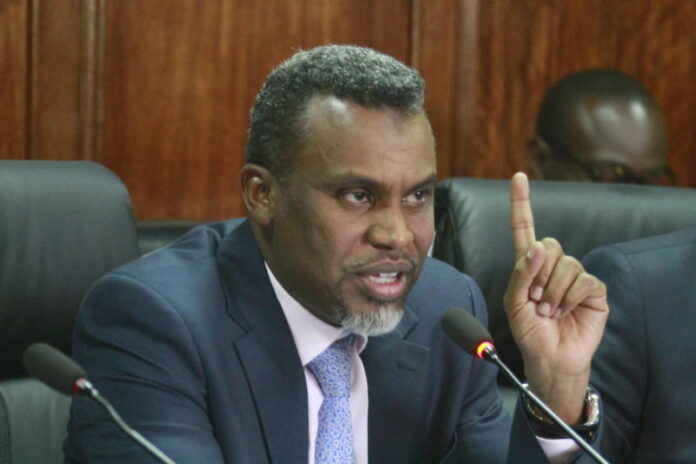 Director of Public Prosecution Noordin Haji wants a petition filed by officials of Garissa County government seeking to quash graft charges against them dismissed arguing that the High Court lacks jurisdiction to hear the case.

In response to a petition filed Garissa Municipal Board Manager Abdi Bulle, chief of finance Ibrahim Nur Shurie, Head of Treasury Mohamed Abdullahi and Head of Accounting Garissa Municipal Board Ahmed Aden, Haji says the case has not met the threshold for the grant of any of the conservatory, stay and or injunctive orders sought.

“The application and or petition is an invitation to this Court to intervene against the 2nd Respondent’s (Director of the Public Prosecution) exercise of its constitutional mandate without proper legal basis,” he said.

Haji said the decision to charge each of the petitioners was made on the basis of proper legal and factual basis, and therefore within, and in accordance with the law.

The four want the High Court to quash the decision by DPP to charge them over embezzlement of funds granted to the county by the World Bank.

Through lawyer Katwa Kigen, the officials want the High Court to declare fair trial is not possible, they jointly and severally have no case to answer or a culpable criminal case against them.

They claim the DPP misapprehended the law or the charges were motivated by extra-judicious or ulterior motives. “In the borrowing and refunding monies from the account set out into count three to eight over misappropriation of public funds and in acting in manifest ultimate good faith in the face of the facts and circumstances of this case, ” officials told the court.

The four also want the court to restrain EACC, DPP and the trial court from presenting further charges against them as presented in the current graft case before the Milimani Anti-Corruption Court on the same set of facts and in relation to their work as employees of Garissa County in county’s account on restored borrowing.