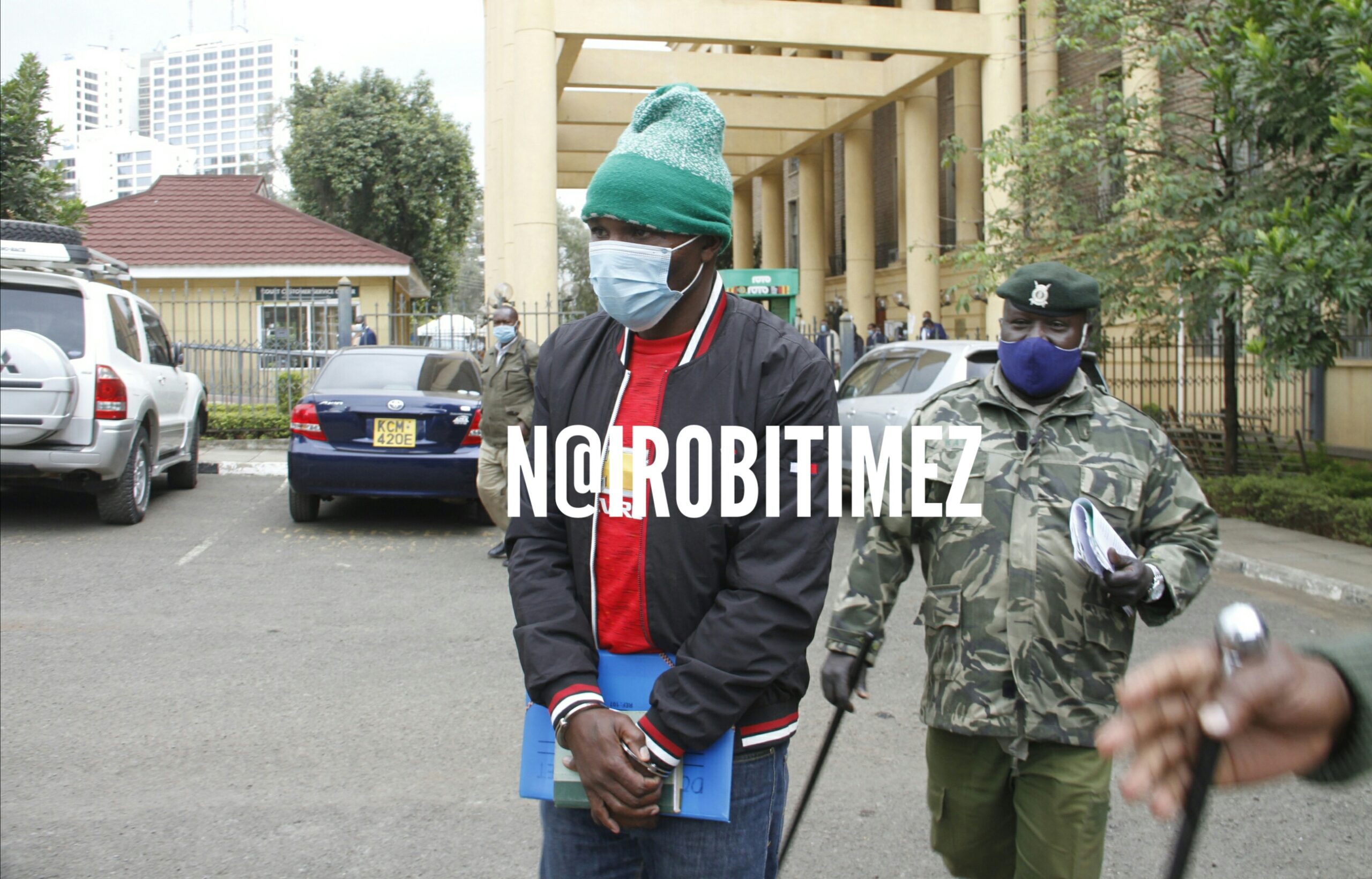 The High Court has acquitted alleged serial killer Philip Onyancha in the murder of a woman and accused the police of poor investigations.

“In conclusion, I find that for reasons given in this judgement, the prosecution did not prove their case of murder contrary to section 203 of the Penal Code, against the accused. Accordingly, I give him the benefit of doubt and acquit him under section 322 of the criminal procedure code accordingly, ” Judge said.

While releasing the suspect, who is still facing more murder cases, Justice Jessie Lesiit pointed out that the police left out many critical gaps, including whether the woman, Jackline Chepngetich Misoi entertained a visitor on same night she was killed.

“The prosecution is relying on circumstantial evidence in this case, as there was no eye witness of how the deceased met her death. There was no dispute that the deceased died.

What is disputed is the cause of death, whether self-inflicted in the form of suicide, or whether she was murdered,” the Judge said.
She added,“The only conclusion the court is entitled to make is that the investigations were not thorough at the least, or manipulated at the worst. Whichever the case may be, PW6 denied PW10 an opportunity to carry out a holistic, inclusive, evocative and critical scrutiny of all relevant documentations to enable a more complete and gratifying result.”

Onyancha had been accused of killing Misoi on May 30, 2008 along Munyiri road in Nairobi. He was arraigned before June 18, 2008 and denied the charge. The woman was found dead in her apartment at Mount Kenya Flats. A suicide note was written on the wall.

The prosecution called 14 witnesses. Her father told the court that she had gotten a new job in Dubai and was preparing to travel there.

According to the father, she sounded ecstatic about her new job and she travelled back to Nairobi on May 27, 2008. A few days later, he was informed by the police that his daughter had committed suicide and that her body was found dangling in her house.

In his defence, Onyancha said that the fact that he was born and brought up in Kericho does not prove that he knew the woman or her family.

Doctors who testified said Onyancha has a personality narcissistic disorder which was the primary driver of his actions.

According to one of the psychiatrist, Onyancha had an exaggerated sense of self-importance and had pre-occupations with fantasies of unlimited success, power and brilliance, and believed he was a unique person.

The court heard that he had unrealistic expectations in life and lacked empathy and that he had been traumatized by his mother and never referred to her in his conversation.