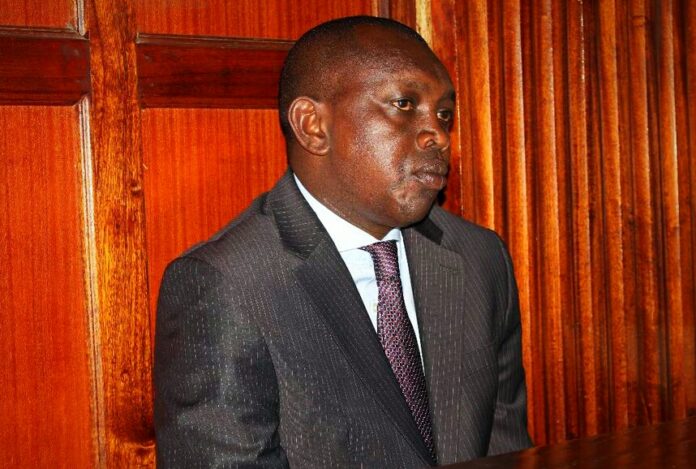 A graft case against the outspoken Kapseret Member of Parliament Oscar Sudi failed to proceed on Thursday after the legislator skipped the trial.

As a result, Anti-Corruption court Magistrate Felix Kombo directed that the MP present himself physically on September 14 and 15 when the case will be heard.

The MP is facing nine counts of forgery after he allegedly presented forced academic papers to be cleared to vie for the MP’s seat.

It is alleged that on an unknown date and place, with the intent to deceive, he forged a diploma certificate in business management, purporting that it had been issued by the Kenya Institute of Management (KIM).

The court heard that he committed the offence on January 31, 2013 at IEBC offices in Edoret, Uasin Gishu County.

It was said that Sudi’s forged documents included his Diploma Certificate in Business Management allegedly issued by KIM and a KCSE certificate from Highway High school.

The MP is facing other counts of giving false information to an IBC officer and lying to the electoral body and the EACC.

He is said to have presented the certificates to the two commissions with the intention of deceiving them.

The legislator is also accused of making a false declaration under oath through a self-declaration form to IEBC at Barng’etuny plaza in Eldoret on that date. This was contrary to Section 46(1)(d) as read with Section 46(2) at the Leadership and Integrity Act.

He is further accused of making a false statutory declaration contrary to Section 11 of the Oaths and Statuary declarations.

Sudi was charged based on the EACC’s recommendations to the DPP, following investigations.