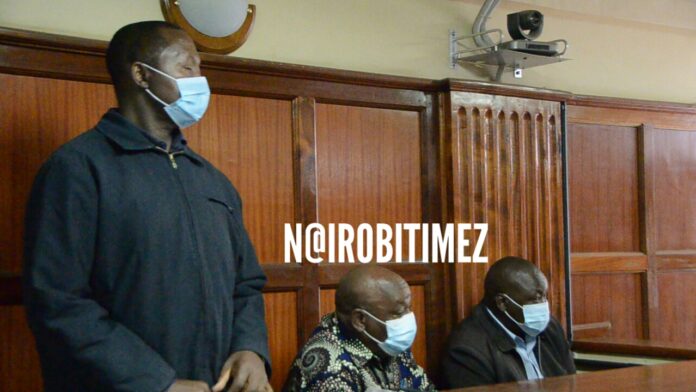 The senior government officers were yesterday charged with receiving a bribe of Sh50,000.

They are accused of jointly requesting for a bribe of Sh50, 000 from Peter Muhia Njenga to release his eight cattle, which were being held at KBC Police Station.

The court heard that they committed the offence on March 7, 2019 at Joska Shopping Center within Machakos County.

Musyoka and Nthiare were further accused that on May 5 in the year 2019 at Joska post, they jointly requested for a bribe of Sh50,000 from the said Njenga as a condition to release his cows.

The prosecution further told the Anti-Corruption Court that Musyoka who is Lukenya Chief received a bribe of Sh40,000 from Njenga on March 8 , 2019 at Joska Shopping Center.

The court ordered them to post cash bail of Sh500, 000 to secure their release.