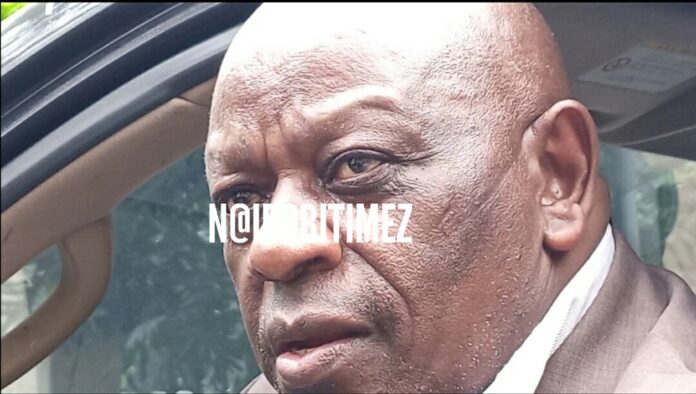 Attorney General wants a petition seeking the postponement of next year’s general election dismissed arguing that the petitioner has not demonstrated how he will be affected if the polls are held as scheduled.

While objecting a petition by former senator Paul Njoroge, Attorney General Kihara Kariuki said the petitioner must demonstrate a real danger so imminent and evident, true and actual and not fictitious, for the to intervene.

The former nominated wants the court to issue an order postponing the August, 2022 general elections saying the electoral body was not properly constituted.

“In order for a grant of conservatory orders, the strict interpretation of Article 23 (3) (c) is that a relief for conservatory orders is prima facie, only available when a party is alleging that a right or fundamental freedom on the Bill of Rights has been denied, violated or infringed or is threatened,” the AG said through P Chibole .

He added that ex-senator has not demonstrated any prejudice or irreparable harm, damage or injury likely to be suffered if the polls are not pushed to a latter date.

In the case to be mentioned before High Court Judge Anthony Mrima, Kihara argues the petition offends the provisions of Article 136 (2) (a) of the Constitution of Kenya 2010 which provides that an election of the President shall be held on the same day as a general election of Members of Parliament, being the second Tuesday in August, in every fifth year.

He further ststes that IEBC is within their constitutional mandate to declare the next presidential elections as August 9, 2022 and the commission Act Section 7 (3) provides that the commission shall be properly constituted notwithstanding a vacancy in its membership.

He further adds that the allegation by the senator Njoroge that the IEBC does not have the requisite proper quorum is based on assumption and without any tangible proof of breach of any legislation.

In his petition, Njoroge argues that the Independent Electoral and Boundaries Commission (IEBC) did not have a substantive chief executive officer (CEO) when it settled on August 9, 2022 as next year’s general election.

“The intended Presidential Elections of August 9, 2022 is imposed on the People of Kenya and is therefore, illegal, irregular and illegitimate,” Njoroge in court papers.

Former senator argues that pursuant to the declaration, IEBC has embarked and initiated very costly and ambitious administrative processes including tendering for and procurement of various hardware and software materials and personnel to be used during the elections.