Activist Okiya Omutata has threatened to move to court if Central Bank of Kenya does not withdraw all unconstitutional currency notes and coins from circulating and replacing them with those that don’t bear the image of any individual , including that of the late President Jomo Kenyatta.

In a letter addressed to CBK Governor Patrick Njoroge Omutata claims that article 231(4) of the constitution 2010 decrees that notes and coins issued by the CBK may bear images that depict or symbolizes Kenya or any aspect of Kenya but shall not bear the portrait of any Individual.

Omtata claims that the bank is deliberately defeating the constitution requirement by backdating new currency notes and coins it issues to 16th July 2010 which is just a few months before the effective date of 27th August 2010.

“Kindly note that failure on your part to respect, uphold and defend the constitution as required of all persons in Article 3(1) of the constitution with all necessitate our recourse, at bank’s sole risk at to costs and other consequences, to the constitutional and Human Rights Division of the High court of Kenya for orders to compel your compliance, “reads the letter.

Omtata says that the Governor is breaching the constitution that prohibits the portrait the portrait of an individual on the currency.

According to the constitution the new design was supposed to have been implemented by September 1st 2015.

Most Kenyan notes and coins currently in circulation have Kenyatta’s image, except for the 40 shillings coin which bears former president Mwai Kibaki’s image. 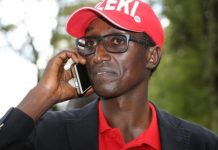 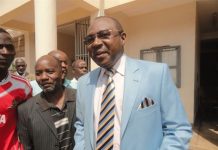 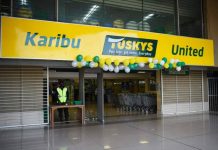 RELIEF FOR TUSKYS AS COURT STOPS AUCTIONEERS BAYING FOR STOCKS.