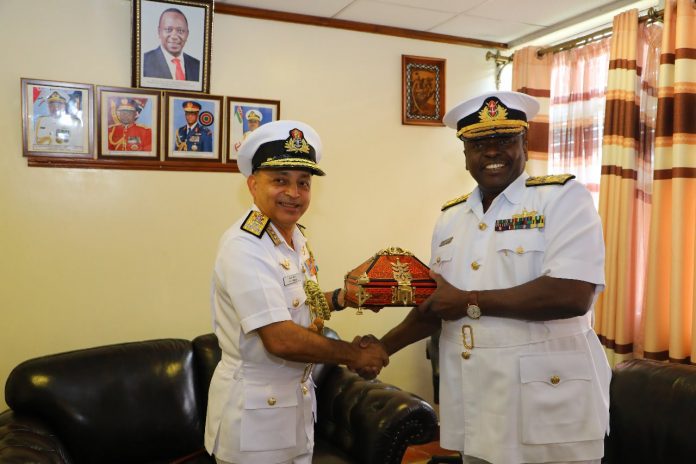 Kenya Defence Forces (KDF) will recruit people with dual citizen contrary to their advertisements indicating people with two nationalities will not be recruited.

Justice Weldon Korir ordered KDF to consider Kenyans with dual citizenship in the recruitment scheduled for this month.

“By consent of the parties, Kenya Defence forces (KDF) will consider for recruitment holders of dual citizenship that fall under Article 78(3) of the Constitution of Kenya and subject them to other parameters,” ordered the court.

This is after activist Okiya Omtatah moved to court challenging the decision against blanket ban on persons with dual citizenship from joining KDF.

Omtatah applied for the court to issue a conservatory order suspending KDF’s announcement to the public that the KDF will be recruiting General Service Officer (GSO) Cadets, Specialist Officers, General Duty Recruits, Tradesmen/women and Constables which is scheduled to take place from 27th November to 16th December 2019.

He also sought the court to issue a temporary injunction prohibiting the KDF and their agents howsoever acting from giving effect to the 1st Respondent’s announcement to the public that the Kenya Defence Forces will be recruiting General Service Officer (GSO) Cadets, Specialist Officers, General Duty Recruits, Tradesmen, women and Constables which is scheduled to take place from November 27 to 16 December 2019.

Omtatah argued that decision to bar Kenyan with dual citizenship from joining the KDF violates Article 78 (3) of the Constitution. The said Article exempts from such restrictions ―any person who has been made a citizen of another country by operation of that country’s law, without ability to opt out.

It also state that person who commits an offence under subsection, shall be liable, on conviction by a court-martial, to imprisonment for a term not exceeding two years or any lesser punishment provided for under this Act.

THAT the impugned recruitment constitutes a cascading threat to violate the Constitution of Kenya which this Honourable Court is enjoined to, and is vested with jurisdiction to, defend.

He further argued that if the impugned recruitment is not suspended as prayed, there will be clear violations of the Constitution, including as stated at paragraphs 61 to 71 of the Petition.

Omtatah said the matter is extremely urgent since public resources risk being wasted should this Honourable Court allow the recruitment continue.

He urged Court quashes the impugned recruitment exercise in its entirety, and prohibits the respondents and their agents from barring any Kenyan citizen who has been made a citizen of another country by operation of that country’s law, without ability to opt out, from joining the Kenya Defence Forces.

He said KDF acted ultra vires by making the decision to impose a blanket ban on Kenyans holding dual citizenship joining the KDF.

“Granting the injunction will stop the already cascading violation of the Constitution of Kenya by the Kenya Defence Forces (KDF),” added Omtatah.