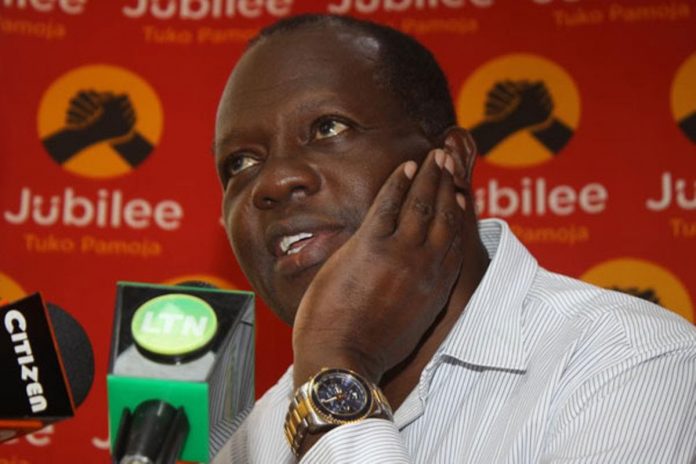 In an insolvency notice no. E003 of 2020, filed before Milimani commercial court, the bank gave Tuju three weeks from January 3 to pay USD 16,550,608.63 on which interest continue to accrue.

This according to the bank, is the amount due for payment as at December 20, 2019 pursuant to a guarantee and indemnity dated 20th April 2015 under the facility dated 10th April 2015 and for the loans made by the bank to Dari Limited.

“Further, take notice that failure to pay the afore-stated amount shall result in EADB filing for a bankruptcy order against your estate,” reads the insolvency notice.

The notice was served upon Tuju and his children Alma, Yma and Mano Tuju.

On Tuesday January 7, Nairobi Judge Wilfrida Okwany accepted a judgement issued by a UK court against Tuju saying that EADB had satisfied the conditions for the decision to be enforced in Kenya.

The loan was allegedly for the construction of Sh 100 million two storey bungalows on a 20 acre piece of land in Karen dubbed Entim Sidai and purchase of a 94 year old bungalow built by Scottish missionary, Dr Albert Patterson which currently operates as a high-end restaurant.

However, the construction of the said houses fell behind schedule and Tuju’s company defaulted on payment.