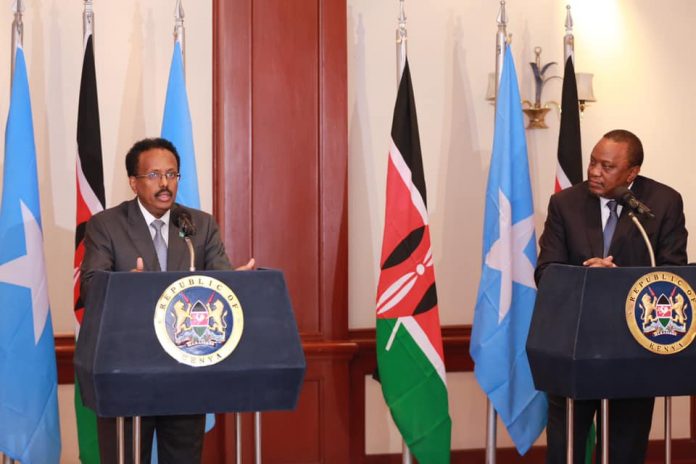 The High Court has sanctioned Kenya’s participation in its maritime boundary dispute with neighbouring Somalia and rejected a petition by 20 civil rights activists to bow out of the international Court of Justice (ICJ).

The three-Judge constitutional court ruled on Friday (January 31) that the Attorney-General’s arguments before the international judicial forum will secure public interest and defend Kenya’s sovereignty.

“The AG’s participation in the proceedings will accord an opportunity to demonstrate to the ICJ Kenya’s impediment in the implementation of its decision in the event the dispute is decided in favour of Somalia. How else is the ICJ expected to know that any alteration to the territorial boundaries of Kenya must be backed by a popular referendum,” Justices Kanyi Kimondo, Robert Limo and Anthony Mrima reasoned in their unanimous judgment.

They acknowledged that Kenya has already entered an appearance before the Hague-based court and raised two preliminary objections that were dismissed in a judgment delivered on February 2, 1997. However, Kenya was bound by the court’s decision in line with Article 94 of the United Nations Charter and the domestication of international treaties and covenants.

The constitutional court observed that the decision of the ICJ, by a majority vote of Judges, was final with no recourse to review or appeal. “We readily find and hold that the jurisdiction of the High Court, as a municipal court, does not extent to the ICJ,” the three Judges pointed out when they declined to entertain the petition.

They went on “We find that the issues emerging from the amended petition would be more effectively resolved by diplomatic , legislative, policy and other Executive interventions rather than by a constitutional intervention.”

Kibe had argued there was no justification for Kenya’s involvement in the maritime dispute with her neighbor because it breached constitutional principles governing its sovereignty and independence. Further, Kenya was at liberty to reject any international judicial interventions that were prejudicial to its citizenry, he had said.

On the other hand, Nyamodi explained that the State Law Office, the Foreign Affairs ministry and the Kenya International Boundaries Office “have been making steps whose ultimate aim is the protection of Kenya’s territorial integrity and political independence as a constitutional democracy.”

Nyamodi had relied on an elaborate sworn statement by Solicitor-General Kennedy Ogeto who said the State was justified to fully participate in the boundary dispute at the ICJ in line with its obligations to international treaties and covenants.

“The petitioners have not demonstrated any illegalities arising from Kenya’s participation in the dispute. They are assuming an unfavourable outcome by the ICJ. Some disputes are resolved by political interventions. Kenya will participate responsibly before the ICJ,” Nyamodi had submitted.

In his lengthy response, Ogeto had said the Government shared concerns raised by the 20 citizens that the ICJ should not have asserted jurisdiction to adjudicate the dispute but was categorical that “the proposed practical option of Kenya withdrawing from the case before the ICJ is untenable at this point in time.”

He had asserted that the participation of top government officials in the dispute was not a manifest violation of any of Kenya’s internal rules of fundamental importance. There was no basis for accusations that they have surrendered Kenya’s sovereignty to the ICJ and other entities, or acting in violation of the Constitution, he had pointed out.

In their petition, the citizens, led by renowned civil rights crusader Kiriro wa Ngugi, had protested that the Attorney General, the Foreign Affairs Cabinet Secretary and the Kenya International Boundaries Office should not be allowed to “meekly escort Kenya into an international judicial slaughter-house.”

In the event Kenya lost the case, they claimed, it would be virtually land-locked with an extremely minimized access to the Indian Ocean. Somalia and multi-national oil corporations had conspired since 2014 to lay claim on Kenya’s maritime zone, they said in the petition.