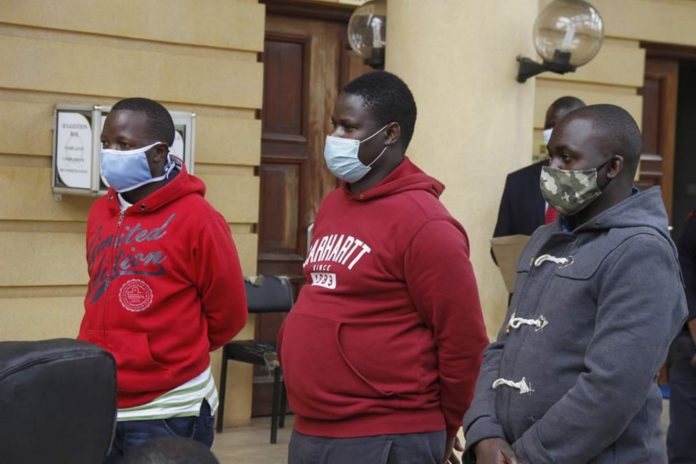 Three businessmen associated with Chatter Africa Limited have been charged conspiracy to defraud 2.3 million from a businessman.

The duo are accused between March 5 and April 1 in Nairobi conspired together with another not before court to defraud Kelvin Kuteli Wambulwa 2.3 million by falsely pretending that their company Chatter Africa Limited had won a tender to supply borehole bearings to Mesut Logistic company.

They are also accused of obtaining 2.3 million from Kuteli by pretending their company had won a tender to supply borehole bearings to Mesut Logistic company.

They were released on a cash bail of of 200, 000 pending hearing and determination of their fraud case.