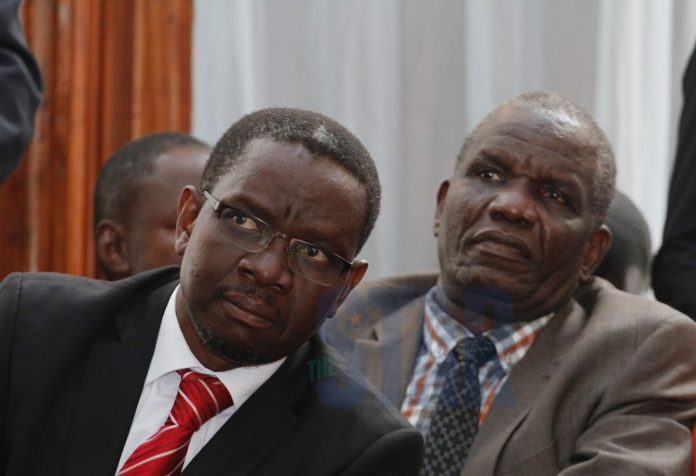 Appearing before trial magistrate Douglas Ogoti on Tuesday, the DPP said he intends to use the 14 as witnesses in the trial. He said he needed more time to make a formal application and prepare statements from the 14 people.

CM Ogoti allowed the DPP’s request for more time as he also considered transferring the case to Kisumu law courts for hearing and determination as requested by accused persons.

Ogoti directed the case to be mentioned virtually on December 1 for the prosecution to give his directions on the matter.

At the same time, state counsel James Kihara informed the court that Haji has since instructed him to drop charges against Boniface Orori Simba, one of the accused persons.

He said Orori has since been made a state witness and is expected to give evidence against Onyango Oloo, former LBDA managing director Peter Aguko, Bobasi MP Innocent Obiri and other suspects facing graft charges over the construction of the Lake Basin Mall.

“I have formal instructions from Haji to withdraw charges against the eighth accused person (Orori). This is after reviewing the evidence on record. The DPP has said he will be treated as a prosecution witness and before the l drop the charges l require him to record a witness statement with EACC,” said Kihara.

The state counsel further sought another ten days to record witness statements  with EACC for the accused persons who they intend to make state witnesses following the DPP’s decision to drop the charges against them.

The defence team led by lawyer Katwa Kigen did not oppose the application. “We can accord the state the said days. We urge the court to give us a mention date within which time prosecution will indicate which parties will be affected or not in their intended withdrawal of charges,” said Katwa.

In the case Oloo is accused of conspiring with the contractors including Zeyun Yang and Zhang Jing, directors of Edermann Property Limited to defraud the public billions of shillings.

Erdemann property limited is accused of bribing Oloo, then the chairman of the board, with Sh17 million and other benefits including apartments and shops.

Oloo, Aguko, the MP, Yang and Jing are charged alongside the Mall’s board members, tender committee members, and contractors among other suspects.

Oloo and Aguko are charged that that on between December 18 and 19, 2014 in Kisumu county the accused persons being members of the lake basin development authority board of directors jointly improperly conferred a benefit of Sh 1.3 billion to Erdemann property by irregularly approving the variation of the contract for the lake basin Development authority lower Kanykwar phase from Sh 2.4 billion to Sh3.7 billion.