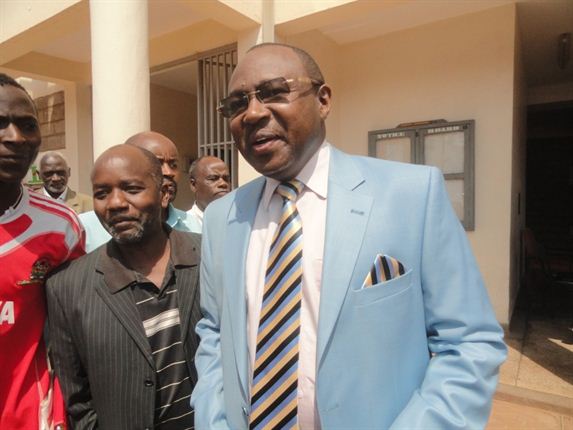 Twiga Chemicals Industries has been spared seizure and sale of it’s assets over a debt of Sh70 million arising from legal services offered to the company over a decade ago.

The Court of Appeal issued a temporary reprieve to the company stating it’s appeal was arguable.

A bench of three judges stopped the law firm of Gichuki King’ara & Co. Advocates from demanding the money, pending the determination of the appeal filed by the chemical company.

The Judges said in the ruling that there is no guarantee that it will be compensated by way of damages, in case the appeal succeeds.

Further, the judges said it would be a financial burden for the company to recover the money.

According to the Judges, the company’s assets were likely to be attached and auctioned by the law firm in a bid to recover the money, hence the loss will be irreparable.

“The applicant (Twiga Chemicals) has demonstrated an arguable appeal which will be rendered nugatory should stay of execution not be granted,” said Justices Asike Makhandia, Kathurima M’inoti and Fatuma Sichale.

The company through its director Hezekiah Mwangi Macharia, indicated that it had instructed the law firm sometime in 2006 to act for them in a court case involving a 507-hectare land.

However, their relationship deteriorated and the law firm, which is ran by lawyer Peter King’ara, ceased to act for the company before the determination of the case.

But he said the amount was founded on a speculative figure of Sh1.5 billion as being the value of the land.

However, the court Deputy Registrar taxed the advocate/client bill of costs at Sh5.3 million.

Both parties were aggrieved by the Deputy Registrar’s decision and sought to have the same reviewed at the Environment and Lands Court.

Justice Elijah Obaga allowed the application of the law firm while that of the Twiga Chemicals was dismissed. This forced Twiga Chemicals to move to the Appellate court, as the lawyer’s claims of fees had sailed through.

While opposing the company’s request to have his demands suspended, lawyer King’ara told the judges that the company had failed to disclose some material facts.

He pointed out that the company had been given over one year by the judge to file its written arguments but it failed to do so.

The lawyer said the suit property is approximately 507 hectares and the approximate value at time of filing suit was Sh1.5 Billion.

He observed that the company’s application was a calculated attempt to deny his law firm it’s hard earned fees.

However, the judges noted at the centre of dispute is an email dated April 22, 2016 which indicated the estimated value of the property to be Sh1.5 billion. The estimated valued was used in determining the legal fees.

The lawyer had argued that it is trite that in the absence of the value of the subject matter being determinable on the pleadings, judgment or settlement, the taxing officer (Deputy Registrar) can use the estimated value of the suit property and consider any document presented for such determination.

But according to the appellate judges the question on whether the email was admissible or not is arguable issue which would have been rendered nugatory.