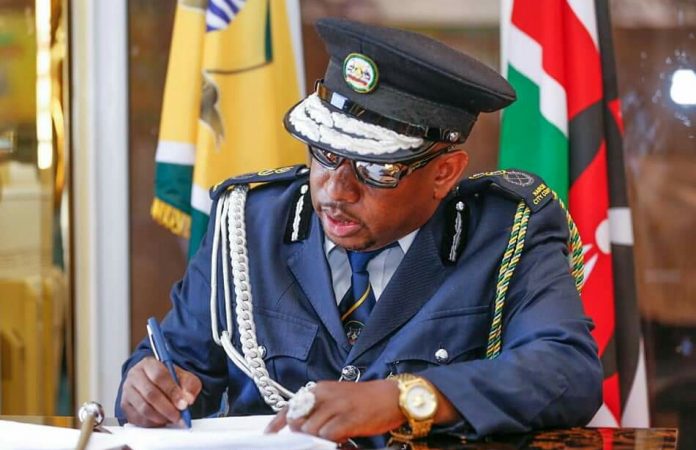 A Judge has declined to lift orders stopping plans to impeach by Nairobi Governor Mike Sonko by a section of MCAs.

This means any motive by assembly against the said order is null and void.

Justice James Rika of the Employment and Labour Relations court, however recused himself from the case and the file was referred back to Justice Nzioki wa Makau for hearing.

The judge barred the media from following the proceedings.

Through his lawyer Harrison Kinyanjui, the city boss accused the MCAs of debating the motion to impeach him despite an existing court order. He submitted that the proceedings before the Nairobi County Assembly was illegal.

Justice Makau had stopped the planned debate on Tuesday, pending the determination of Sonko’s petition.

The motion was brought by Michael Ogada Okumu but Governor Sonko said a similar motion was filed in February but he obtained orders stopping the process.

Sonko argued that the law does not allow the filing of a fresh impeachment motion, yet Peter Imwatok, has not withdrawn his earlier petition.

He maintained that despite directions from the court on the hearing of the earlier case, the Speaker of County Assembly Ben Mutura and MCAs have not filed any response, delaying the conclusion of the matter.

The lawyer said Sonko sought to be supplied with copies of the motion and those supporting the process on November 27, as a matter of right, but he was not given because it doesn’t exist.

“The respondents cannot lawfully have a multiplicity of impeachment motions pending or un-procedurally adjudicated against the petitioner before it, as has now happened, thereby exposing the petitioner to double jeopardy,” he said.

He said having subjected them to the authority and the jurisdiction of the court, the least the MCAs can do is to ensure the earlier case is determined on merit.

“In its totality, the said act is not only contumacious, standing in contempt of the order of this honourable court but equally constitutes a gross abuse of court process,” Sonko said in an affidavit.

TANZANIAN GETS ORDERS BLOCKING HIS REMOVAL FROM KENYA.