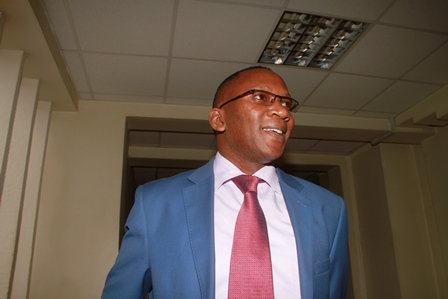 Gichira wants the High Court of Kenya to suspend the enforcement of the directive by Interior cabinet secretary Fred Matiang’i to close the largest refugee camps in Kenya.

“I urge this court be pleased to issue a conservatory orders suspending the application and enforcement of the directive to close Dadaab and Kakuma refugee camps pending hearing and determination of the case,” urged Gichira.

In his petition filed under certificate of urgency, Gichira told the court that Interior cabinet secretary Fred Matiang’i while issuing the said directives claimed that there was no room for further negotiations regarding intended closure of the two largest refugee camps in the world.

Through his lawyer Gachie Mwanza, Gichira stated that the intended action by the directive are draconian and will expose the lives of innocent, helpless refugees to the danger of trauma, torture, harm and possible loss of life.

He told the court the mischief needs to be stopped by the court issuing the orders suspending the intended closure of the camps.

He further said there was no room for further negotiations on the issues saying the two camps were threat to the country’s security.

The camps have been blamed to be the hub of planning of various terror attacks in the country and the government seems to be focused to close the camps.

According to the Interior Ministry, the CS later led a cabinet sub-committee through a virtual dialogue meeting with 25 heads of missions and development partners among them representatives of UN, World Bank Kenya and IMFNews over the refugee situation in Kenya ahead of the planned closure of Dadaab and Kakuma camps.

But Gichira says that the intended closure of the two refugee camps amount to a violation of the Bill of Rights as the CS directive fails to meet the proportionality test under Article 24 of the on limitation on fundamental rights and freedom.

Article 24 (1) states that, “A right or fundamental freedom in the Bill of Rights shall not be limited except by law, and then only to the extent that the limitation is reasonable and justifiable in an open and democratic society based on human dignity, equality and freedom, taking into account all relevant factors, including the nature of the right or fundamental freedom, the importance of the purpose of the limitation and the nature and extent of the limitation,”.

He further claims that the CS did not provide any reason supported by law and facts as to why it was necessary to abrogate obligations set out under the law while issuing the said closure directives.

“In the light with on-going Covid-19 pandemic, the timing of the intended closure of the refugee camps and subsequent repatriation of the refugees is ill intended and will only subject innocent lives to harm, inhuman conditions and a higher risks of contracting the dangerous virus, ” added Gichira.

He further told the court that the time given under the ultimatum continues to lapse and as such the imminent danger of violating basic human rights, breaching of obligations under the Constitution and international laws looks closer and urged the court to issue the order blocking the said directives.