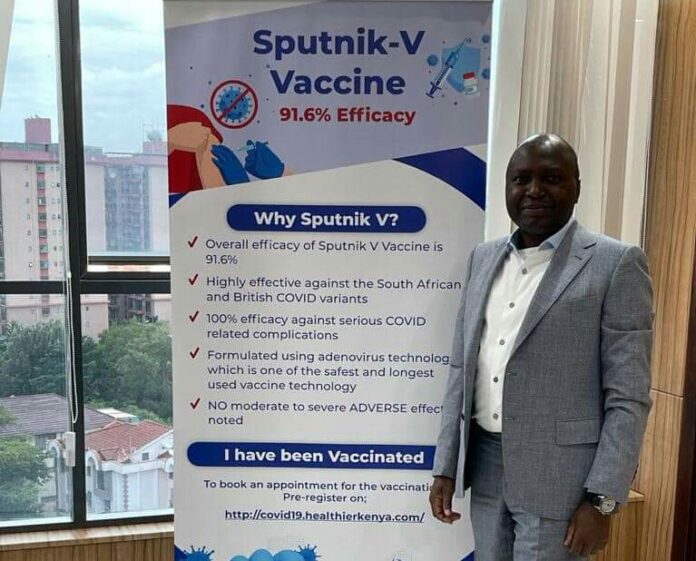 The importer of the controversial Russian Covid-19 vaccine, Sputnik V, has dismissed speculation that it is unsafe and unfit for prevention of the deadly virus.

Dinlas Pharma EPZ Ltd, the firm responsible for the imports, says Sputnik V has received all regulatory approvals in Russia and multiple countries reeling under the Covid-19 calamity.

In Kenya, the importation and distribution of the vaccine has been given the greenlight by The Pharmacy and Poisons Board, the Syokimau- based company says.

The company is involved in the manufacture, importation and distribution of pharmaceutical products. It was registered on January 26, 2018.

The firm says it entered into an import agreement of the Gam Covid-19 vaccine, popularly known as Sputnik V, a combined Vector Vaccine for the prevention of the Coronavirus infection. The firm then executed distribution contracts with private third parties.

The firm has written to the management of Nation Media Group demanding the retraction of a two-page sensational report that the Health ministry had disowned the Sputnik V deal.

The offending report, under the banner headline ” Covid Millionaires Season Two,” was published in The Daily Nation on April 2, 2021.

The firm has instructed KTK Advocates to seek an unqualified apology from the media house for allegedly linking it with corrupt and fraudulent transactions that have earned public notoriety over the multi-billion shilling KEMSA scandals.

The report claimed the Health ministry had disowned the Sputnik deal, in which 75,000 doses of the vaccine were shipped into the port of Mombasa on March 21, 2021 and cleared for use locally.

The report claimed Dinlas Pharma EPZ was among suppliers adversely mentioned in the KEMSA Covid-19 consignments.

According to the report, the company was under investigation by both Houses of Parliament, with the Senate recommending prosecution of the masterminds.

The report claimed Health ministry officials had denied knowledge that the vaccine was authorized for use in Kenya and claimed they were unaware of it’s arrival, raising safety concerns.

In the demand letter, veteran advocate Donald Kipkorir says the report was meant to portray Dinlas Pharma EPZ as a corrupt company intent on defrauding the public.

The report, the advocate asserted, imputed that the importer brought into Kenya the Sputnik V vaccine without approval of the Health ministry and the World Health Organization (WHO).

Kipkorir argued that the Health ministry and WHO “are not involved in regulatory approvals whatsoever.” Further, Sputnik V had been peer-reviewed and approved for use, he said.

He explained that the offending report was intended and calculated to damage the reputation of Dinlas Pharma EPZ to the advantage of competitors.

” As a consequence of the publication, our client’s reputation in the health sector, which is very sensitive, has been seriously damaged,” Kipkorir said in the letter.

The company, he went on, had suffered considerable distress, embarrassment and loss of business.