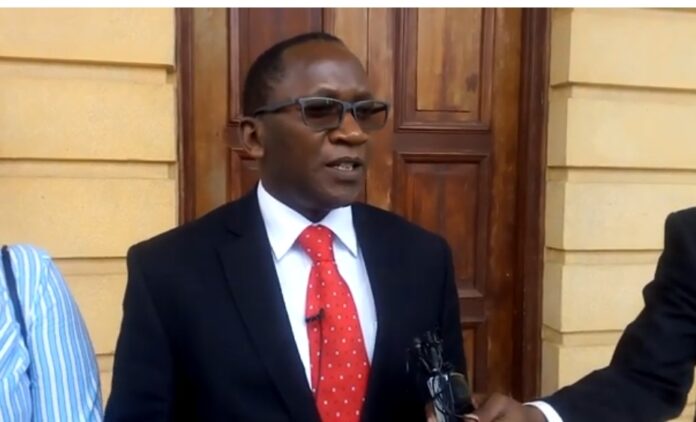 The High Court has blocked the planned closure of Dadaab and Kakuma Refugee camps in the northern part of Kenya.

The two camps hosts thousands of refugees from the nighbouring Somalia.

The government through Interior CS Fred Matiang’i has signaled plans to close the camps over among other reasons, that Al Shabaab sympathisers use it to launch attacks in Kenya.

However, Peter Solomon Gichira rushed to court and obtained an order blocking the closure, albeit for 30 days.

“A conservatory order staying the application and enforcement of the directive to close the Dadaab and Kakuma refugee camps is hereby issued for 30 days”, ordered the judge.

The Judge said the case will be mentioned on April 13 for further directions.

In his petition filed under certificate of urgency, Gichira told the court that Interior CS while issuing the said directives claimed that there was no room for further negotiations regarding intended closure of the two largest refugee camps in the world.

Through his lawyer Gachie Mwanza, Gichira stated that the intended action by the directive are draconian and will expose the lives of innocent, helpless refugees to the danger of trauma, torture, harm and possible loss of life.

He told the court the mischief needs to be stopped by the court issuing the orders suspending the intended closure of the camps.
Six days ago, CS Matiangi gave the United Nation High Commissioner of Refugees 14 day ultimatum to have road map on definite closure of Dadaab and Kakuma refugee camps.

He further said there was no room for further negotiations on the issues saying the two camps were threat to the country’s security.

The camps have been blamed to be the hub of planning of various terror attacks in the country and the government seems to be focused to close the camps.

But Gichira told the court that the intended closure of the two refugee camps amount to a violation of the Bill of Rights as the CS directive fails to meet the proportionality test under Article 24 of the on limitation on fundamental rights and freedom.

Article 24 (1) states that, “A right or fundamental freedom in the Bill of Rights shall not be limited except by law, and then only to the extent that the limitation is reasonable and justifiable in an open and democratic society based on human dignity, equality and freedom, taking into account all relevant factors, including the nature of the right or fundamental freedom, the importance of the purpose of the limitation and the nature and extent of the limitation,”.

The article further adds that the need to ensure the enjoyment of rights and fundamental freedoms by any individual does not prejudice the rights and fundamental freedoms of others and the relation between the limitation and its purpose and whether there are less restrictive means to achieve the purpose.He further claims that the CS did not provide any reason supported by law and facts as to why it was necessary to abrogate obligations set out under the law while issuing the said closure directives.