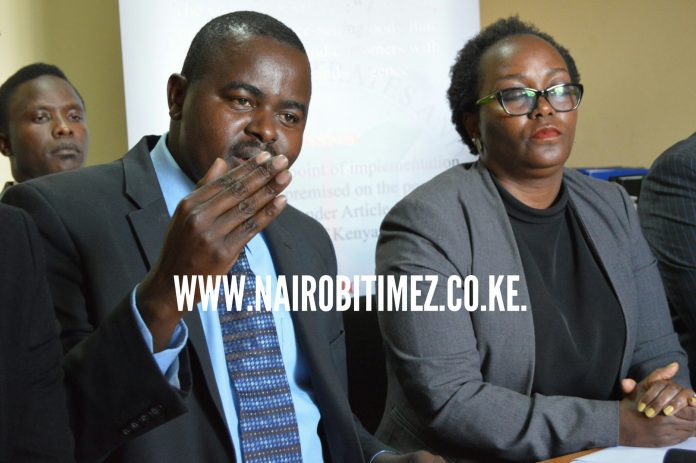 In a statement, KMJA said such attacks are an affront to the decisional independence of the judges and the rule of law.

Secretary General Derrick Kutto said that what is surprising is that even high ranking and powerful officials in the government have openly threatened the Judges who participated in the petitions.

He added that there are past and documented incidences where judges and judicial officers as well as their associates have been attacked in their line of duty.

“It is for this reason that we wish to condemn the said utterances in the strongest terms possible and the same are ancient, irresponsible and retrogressive,”said Kutto.

KMJA further urged the Inspector General of Police to immediately investigate the said utterances and prosecute the culprits.

He added that CS Interior and Coordination of National Government Fred Matiang’i should immediately assure Kenyans that judges and judicial officers are safe given the sensitive nature of their assignments.

“We wish to assure Kenyans that such cowardly acts and veiled threats will not dissuade us from boldly dispensing our duties independently and within the law,” he said.

SG Kutto said Kenyans would recall that in 2007-2008, this country plunged into chaos partly because there was no faith in the Kenyan courts then.

The loud voice of Kenyans on the independence of the Judiciary in the Constitution of Kenya 2010 cannot therefore be ignored and that many petitions were filed in court over the BBI case and that many Kenyans generally litigate their issues in court, is testament of their faith in this arm of government.

He said that this is what entails the rule of law as opposed to anarchy and impunity and the Kenyan judiciary is respected globally for its decisions.

“We should be proud of our Judges for offering jurisprudential leadership worldwide,” he said.

The association said it however means having Judges who can make decisions purely based on the facts before them, the law and the Constitution.

‘Wanjiku’ should therefore be concerned at those who wish to take us back to the 80’s and 90’s where the judiciary was perceived to be an appendage of the Executive.

KMJA calls upon all Kenyans of goodwill to frown upon those who wish to castigate Judges for doing their work and ultimately bring down the judiciary for their selfish interests and they continually urge those dissatisfied with any decision to follow the correct procedure. They should appeal or seek review.