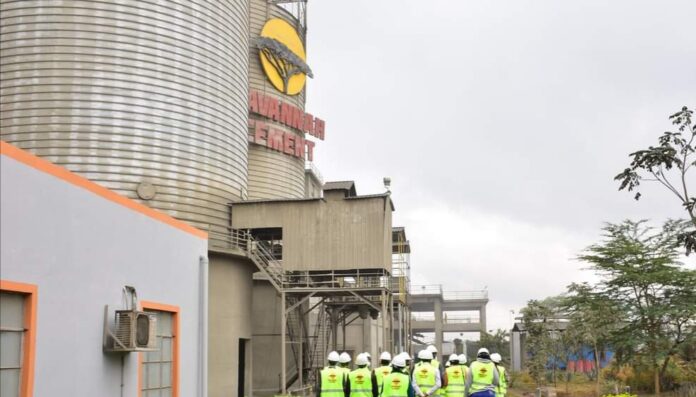 Savannah cement has been allowed to appoint their own Board.

This is after the appeal court nullified an earlier decision by the high court which had issued directives on who should be in the board.

“We set aside orders that were issued by the High Court on June 22, 2018,” appeallate judges said.

The troubled multi million form has been in and out of court over ownership wrangles.

High court judge Farah Amid had in a judgement had barred founder member Donald Mwaura and John Gachanga from interfering with the affairs of the company, pending the determination of the case.

However, the appeal judges said that said the move by High Court Judge Farah Amin to appoint the board on her own, amounted to usurping the powers of the shareholders.

“We agree with the appellants that the appointment of interim directors by the learned judge amounted to usurping the powers of the shareholders of the 1st respondent (Savannah Cement). It follows therefore that the learned judge acted ultra vires,” Justices William Ouko, Daniel Musinga and Gatembu Kairu ruled.

The Judges said courts will only interfere with the internal management of a company where actions complained of are illegal, fraudulent or not rectifiable by an ordinary resolution.

They added that troubles at the Athi River based cement firm did not call for the Judge to make such a move.

The Kenyan shareholders came under Savannah Heights Ltd with Mwaura holding 30 per cent, Gachanga though Isinya Plains Limited holding 35 per cent and Benson Ndeta, 35 per cent.

Wanho International and ACME Wanji Investment owned 60 per cent of Savannah Cement limited while Savannah Heights acquired the remaining 40 per cent in a deal that was cemented through a Memorandum of Understanding to form the joint venture company.

Under the MoU, Savannah Heights owned by the Kenyans was to contribute two parcels of land. LR No. 25517 and LR No. 18474 in Athi River (75 acres) on which a cement manufacturing factory would be built while Wanho International and Acme Wanji Investment were to inject the cash to start the plant with a capacity to produce 1.5 million tonnes of cement annually.

The partners later feel out after it emerged that some shares had been transferred to a new entity, Seruji ltd, a move that was approved by Competition Authority.

Mwaura and Gachanga later moved to court seeking to quash shares transferred to Seruji and the Registrar of Companies to expunge all the documents transferring shares from the Chinese owned shares to Seruji.

But as the matter was pending, Justice Amin appointed an interim board and directions for them to take steps necessary, including providing documents, information and arranging meetings to enable the board to run the company.

In the case pending before the High Court, Mwura and Gachanga want the transfer of shares of Wanho International and Acme Wanji to Seruji in an agreement dated September 22, 2014 declared illegal and that Seruji ltd is not a shareholder of Savannah Cement.