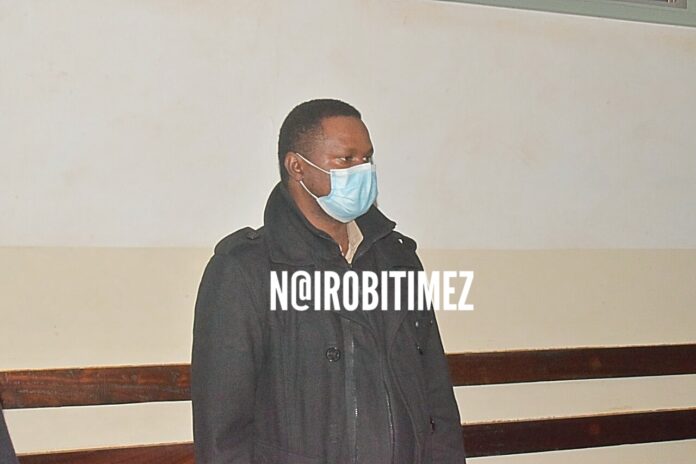 A regional sales manager of East Africa Breweries (EABL) has been charged before a Kibera court with causing grievous harm to a man alleged to be his lover husband.

Victor Mwenda Luti was charged before a Kibera court with causing grievous harm to the chief executive officer of Siuma Auctioneers Zacharia Barasa.

He appeared before Kibera Senior Principal Magistrate Esther Bhoke and denied the charge.

It is alleged that Mwenda committed the offence on May 22, this year at Shanzu road within Westlands Sub-county in Nairobi.

The court ordered him to deposit bond of Sh200,000 or alternative cash bail of Sh60,000 to secure his release.

This case will be mentioned on June 26 for further directions.

It is being alleged that he dragged down his lover’s husband before hitting him with a metal rod in Nairobi’s Spring Valley estate.

On arrival at his residence, Barasa confronted Luti and attempted to open his car but Luti drove off for nearly 300 metres dragging him down along the road as he (Barasa) held on to the door.