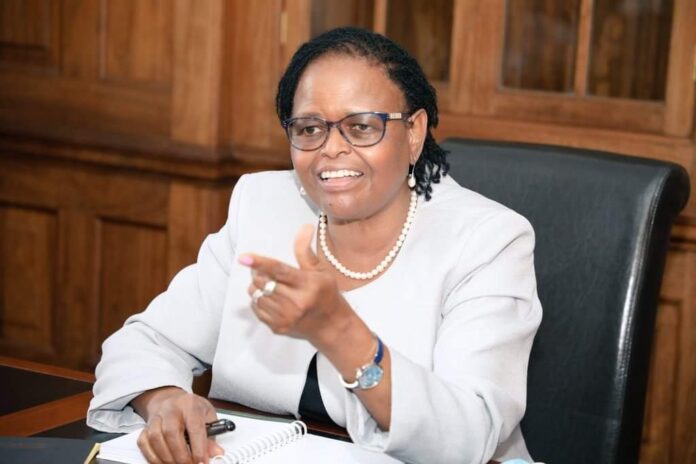 Chief Justice Martha Koome has decried the poor allocation of funds to the Judiciary, which she says hampers service delivery.

CJ Koome noted that although the Judiciary was allocated Sh17.9 billion, it was about half the amount allocated to Parliament.

She also pointed out that the budget allocation is always slashed during the midyear reviews.

“Mr Speaker, I note that even though Judiciary is decentralised across the country, employs over 4,000 staff, it has half of Parliament’s Sh. 37 billion budget,” she said.

The CJ said the Judiciary has to clear cases over 5 years old, adopt new technology to enhance efficiency and access to court, take justice closer to the people and increase the speed of resolution of all cases.

Koome added that Judiciary had the benefit of funding from the World Bank via the Judicial Performance Improvement Project for the past five years.

However even though this funding was significant, Judiciary’s day to day work cannot be dependent on donor funding.

“I am therefore calling on Parliament and the National Treasury to fully fund Judiciary’s budget,” she said.

She added, “While I assumed office at the end of the budget cycle, I’m requesting that even before the mid-year review of the national budget, the Judiciary’s budget should be fully funded, including activating the Judiciary Fund,” she added.

The Chief Justice said she appreciated the two blueprints have dealt with transforming the institution of the Judiciary and it is now time that the Judiciary seeks to transform the society.

“My dream is to work with the entire Judiciary and other stakeholders to build lasting partnerships in and out of the administration of justice.

“This is with a view of building their capacity with knowledge that will empower them to bear their own agency so as to become champions for justice. When everybody becomes an agent and champion for justice, I believe this country will start looking for our own indigenous solutions, that leads to reconciliation and peace,” added the CJ.

The CJ was speaking during the assumption of office of Justice Daniel Musinga who was recently elected the president of the Court of Appeal.

“As we celebrate the transition in leadership at the helm of the Court of Appeal and welcome the new cohort of justices I want us to stop and reflect on our resilience as a court and an institution. This resilience is a function of both good leadership and a strong team,” added the CJ.

The CJ also added that too often we focus on the person in leadership to the exclusion of others and yet the whole requires both the leader and the team.

” We need each other and together we can continue to sustain this institution and we do that by each playing our judicial role and by collectively holding each other up to accountability. We are as strong as our weakest link and this doesn’t mean we cannot be at time dejected or feel like circumstances are unjust or unfair, we are human,” aaded CJ.