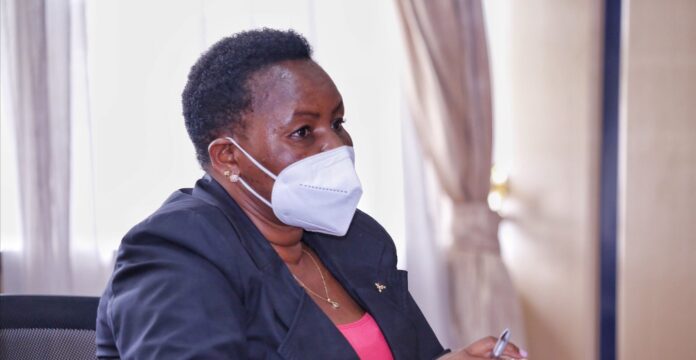 A High Court judge has recused herself from a petition filed by Nokia Corporation after a Kenyan company, which seeks to privately prosecute its bosses for illegally obtaining its tax information, accused her of bias.

Justice Cecilia Githua recused herself from the case saying she was no longer comfortable handling the matter pitting the telecommunications giant and TechnoService ltd.

“To save the court’s time and expedite hearing of the applications, I hereby, for personal reasons, recuse myself from hearing this matter going forward,” the Judge said and forwarded the file to another judge to handle the case.

Judge Githua added that it is crucial for parties to a dispute before court to be confident that Justice has been done at the end of the day, irrespective of the outcome of their case.

She reiterated that she had no interest whatsoever in the matter and she had no reason to be biased in favour of or against any of the parties.

The judge added that it was her view that hearing the application will not change the fact that she is no longer comfortable handling the case and it will only end up utilizing the time that would otherwise have been spent dealing with the main issues raised in the several applications that have been filed by parties.

Nokia Corporation lawyer Taib Ali Taib termed allegations by the TechnoService against the judge were ridiculous accusations and naked attempt to coerce and intimidate the court.

Taib told the court that TechnoService have calculated that that is what a decent judge who has no interest in the case will most do and achieve their objective of forum shopping.

“It is important not to recuse yourself because this will amount to succumbing to machinations of a Litigant who is forum shopping who will not stop accusing judges who do not agree with the decision they want arrived,” added Taib.

Lawyer Abbas Ismael also added that the allegations that was made against the judge were scandalous and scathingly untrue that if the court was to recuse itself now, it will be important pandering to what the applicant was attempting to do.

“The entire application is that of a sour loser. It is important to state that there is an allegation made which is totally untrue – that the court sat on April 27, because your name does not appear on the CTS on that day,” said Ismael.

While making allegations of bias, also requested the matter to be mentioned before the presiding judge of the criminal division for it to be allocated to another judge.

The parties agreed the matter to be mentioned before Justice Nzioka for further directions.

“My view is that the application need to be argued because although the claims by the applicant are totally false and unfounded, perceptions are important on matters to do with the administration of Justice because this is what informs the principle that Justice must not only be done but also must be seen to be done, ” said Judge Githua.

Nokia, however, moved to the High Court after it was served with summons to appear virtually and plead to the charges.

Under a certificate of urgency, Nokia said its reputation and image as an information technology company is at stake and the orders, suspending the charges brought by TechnoService ltd, are to be granted.