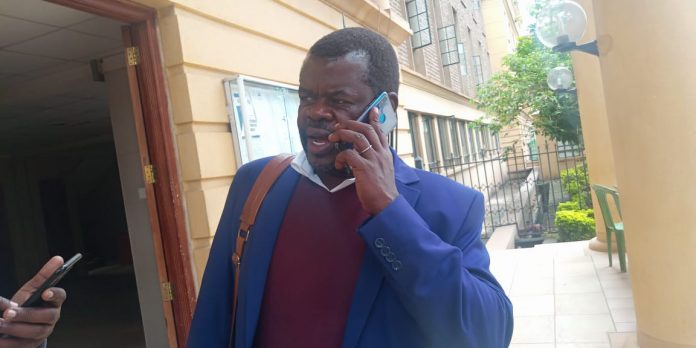 An activist has moved to court seeking to block the Speaker of the National Assembly from referring the passed version of the Constitution of Kenya (Amendment) Bill to President Uhuru Kenyatta.

In a case under certificate of urgency, Okiyah Omtatah wants a temporary order prohibiting the Speaker Justin Muturi from sending the bill to the President for assent, pending hearing and determination of the petition.

He argues that if the Speaker of the National Assembly is not prevented from sending the bill for assent, the same will be passed into law and the case will be rendered an academic exercise.

“It is extremely risky to allow the proposed unconstitutional amendments to the Constitution to be concluded before this Court determines this petition and determines whether or not the changes require to be approved via a national referendum,” he said in the petition.

Omtatah further told the court that the orders will not interfere with the consideration of the Bill by Parliament, but only seeks to delay the transmission of the passed version of the Bill to the President for assent.

In the main motion, Omtatah says the Bill which seeks to change the functions of Parliament and to change the objects, principles and structure of devolved government, must be approved through a referendum.

“I have a right of access to this court to safeguard his rights and those of other members of the public which have been, are being and are in danger of further infringement,” Omtatah adds.

The Bill has undergone the First Reading and is committed to the National Assembly’s Constitutional Implementation Oversight Committee for consideration, to facilitate public participation and, thereafter, report to the House.

He argues that the amendments which propose to fuse the legislature and the executive at the two levels of government interfere with the basic structure of Kenya’s Presidential system and, consequently, the changes can only be approved through a referendum.