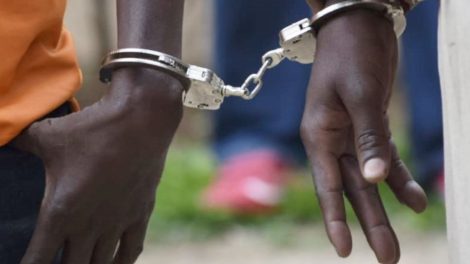 Two police officers formerly based at Muthaiga police station accused of murdering a man in Mradi area, Mathare North last year while enforcing curfew orders, have moved to the High Court to block charges against them.

Police Inspector Daniel Musau and corporal Robert Kibororo also want the High Court to defer the taking of plea scheduled for Thursday, pending the determination of their case.

The victim Vitalis Owino Ochillo succumbed to injuries sustained after he was arrested by police officers who were enforcing curfew orders at Mradi area, Mathare North, Nairobi on May 3, 2020.

But the duo want the court to quash the decision by the Director of Public Prosecutions (DPP) to charge them with offence of murder and they be discharged unconditionally.

They wants the judge direct the DPP to conduct further investigations as to whether they are culpable of the offence of murder, which is to be preferred against them.

The police officers urged the court to release them on reasonable bond terms pending the completion of investigations by the prosecutions.

Musau and Kibororo told the court that they were summoned by the Deputy Regional Commander on August 17 and detained on allegations of having committed the offence of murder within Mathare Mradi area on or about May 3 last year.

Prior to their arrest, the officers had cooperated with investigating officers from the IPOA on the circumstances of Owino’s death. It is their argument that there is sufficient evidence that they were not involved in the murder.

“The intended prosecution and criminal proceedings against us are malicious, scandalous, unlawful, and unconstitutional and abuse of the court process,” said officers.

They said it is imperative and in the interest of Justice the office of DPP be directed to recall their file for further scrutiny and investigations before their plea taking.

They added that the available facts and evidence relating to the alleged offence clearly demonstrates they are innocence and it is therefore unreasonable to charge them for the offence of murder.

“There is sufficient evidence that we are not privy to the death of the deceased as they were not within the location or route where the deceased was allegedly and were on the material night of the alleged murder on a curfew enforcement patrol with other five officers under the supervision of the OCS both of who have recorded statements, ” they added.

They aadded that Prosecution intends to rely on uncorroborated evidence of a purported eye-witness who merely described the killers as “short guy” who was in the company of a “tall man”.