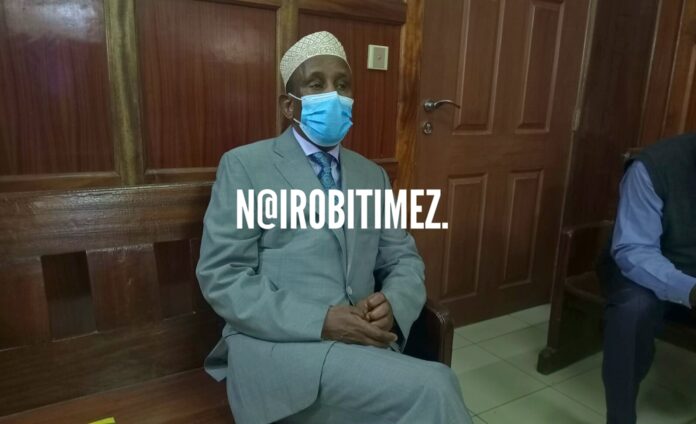 Graft trial against Garissa governor Ali Korane will now be taken over by a new magistrate following the transfer of chief magistrate Douglas Ogoti.

The Sh233 million graft case will now be heard by Chief Magistrate Elizabeth Juma after Ogoti was moved to Embu following a shuffle of judicial officers by Chief Justice Martha Koome last month.

Korane has been charged alongside senior officials in his administration over the misuse of funds from the World Bank.

Ogoti appreciated defense lawyers in the manner they conducted themselves during the period he was in charge of the case and urged them to maintain the same conduct before his colleague, Juma.

He said some lawyers attack judicial officers personally when they appear before them.

Korane has denied eight counts of conspiracy to commit an economic crime, failure to comply with procurement law relating to management of public funds and misappropriation of public funds.

It is alleged that they committed the offence between February 25, 2019 and September 20, the same year, they conspired to mismanage public funds allocated to county government of Garissa as a conditional grant for the Kenya Urban support Programme amounting to Sh 233,506,000.

They will appear before Juma on August 26 for directions.