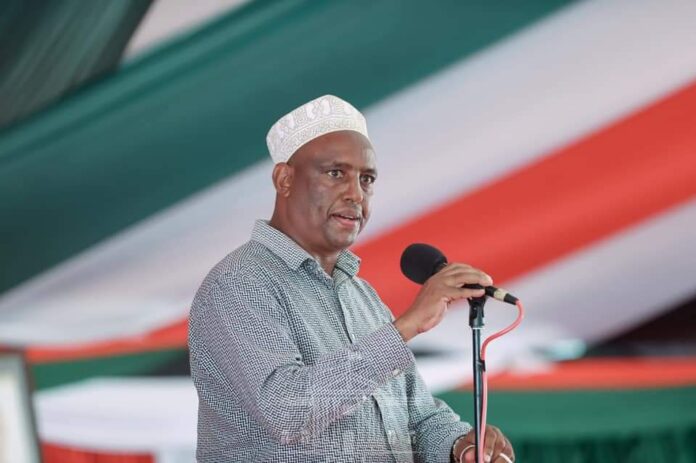 A Marsabit resident wants the court to block National Treasury from disbursing monies to the county government until the Mohammed Ali’s led administration accounts for funds allocated since 2017.

In a petition, Mohamed Said Chute has sought orders to bar the Controller of Budget and the Cabinet Secretary National Treasury from approving and releasing funds for budgetary estimates allocated to the County Government of Marsabit for the 2021/2022 financial year.

Said further wants the court to compel the auditor General to publish and make available before court the financial Audit Reports for the County Government of Marsabit from 2017 to date.

He also wants the court to compel the controller of Budget to publish and report to court the Budget ceiling for each county department for the County Government of Marsabit for the said period.

Said is also seeking orders to compel the Governor and executive committee finance to give an account of Sh119,000,000 allocated to the county for COVID-19 pandemic.

Through lawyer Elias Mutuma, Said seeks the court to compel Governor Mohamed Mohamud Ali and County Executive Committee Finance to present before court, statements of account on all the statutory deductions and remittances for P.A.Y.E, and Employer’s Contribution to N.S.S.F, N.H.I.F, Gratuity, LAPFUND and Pension made for all the County Staff for the period 2017 to June, 2021.

“Court be pleased to compel Auditor General to conduct a special audit on the Respondents’ financial accounts for the period between 2017 to 2021financial years and file the report in court for the following Budgetary Allocations in Marsabit County pending hearing and determination “, Said added.

He argues that the people of Marsabit have a right to dignified life and access to resources, which right is being violated unless the Respondents are compelled to give account of county funds allocated each year from 2017 to date.